“They are useless, if I catch them, body go tell them” – Newly recruited soldiers vow to deal with civilians (Video)

A video making the rounds on social media has captured the moment some newly recruited soldiers vowed to deal with any erring civilian they come across. 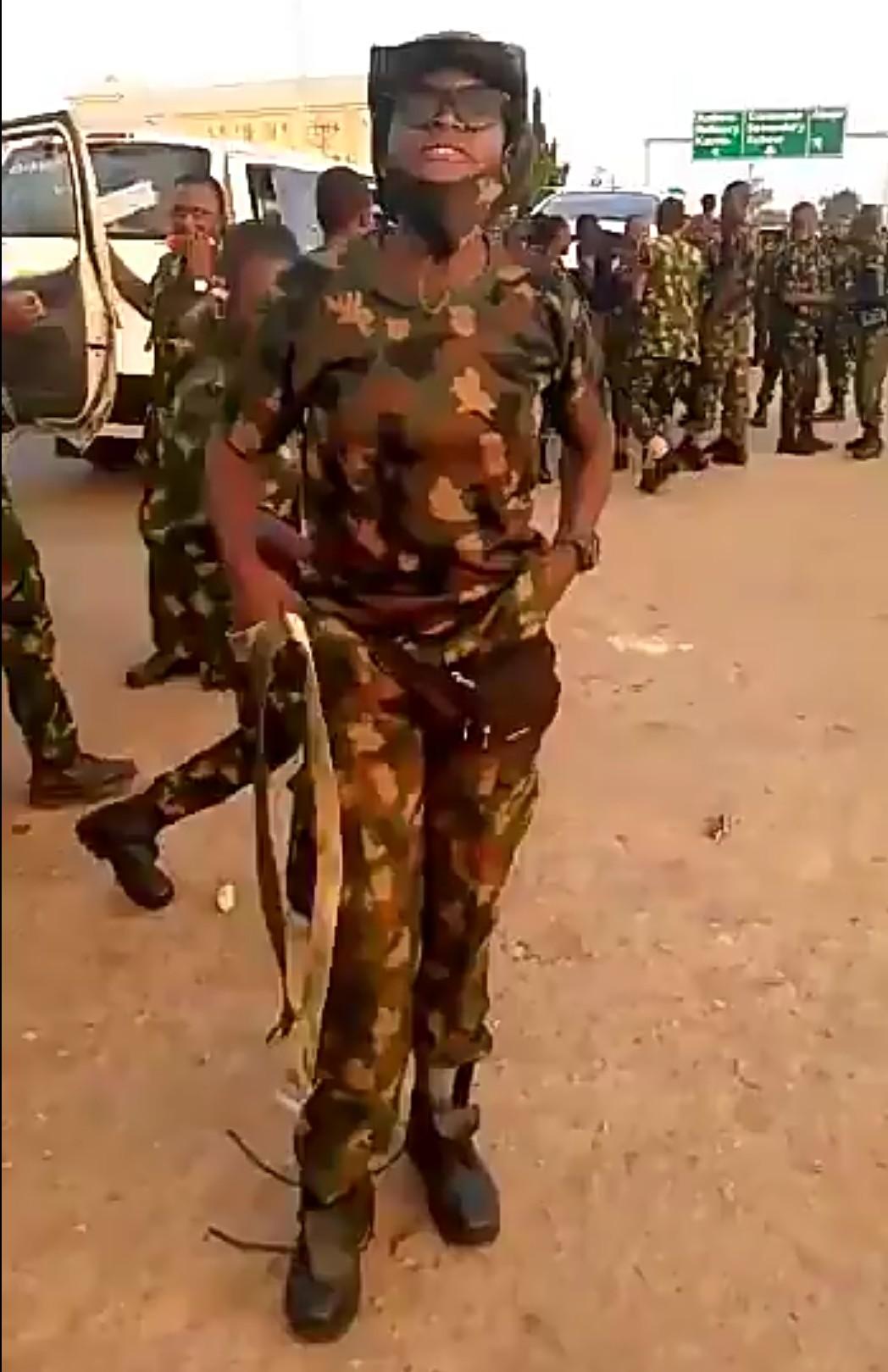 Twitter user, @@Ibn_Rabiu_Jr who shared the video on his page, wrote; “So,this is actually what is coming out from the mouth of the people that are supposed to protect us.”

In the video going viral on social media, the soldiers can be heard warning civilians not to cross their paths or else they will deal with them.

When one of the newly recruits was asked to give an some words of advice to the civilians, she said;

“They are very useless and hopeless. If I catch them, body go tell them. Tell them say make them no cross my lane o, if them try am”.