This Japanese-inspired waffle towel is a shower game changer

If you don’t love taking a shower, you’re doing it all wrong. Located directly at the crossroads of hygiene and self-care, showers are, of course, a must — but they’re also a great way to sneak in a few minutes of completely indulgent self-care daily. And in my opinion, the key to a spa-level, blissed out shower experience is wrapping yourself in a sumptuous towel once the water’s turned off.

Typically, my towel of choice is thick, fluffy and explosively soft. My favorites include those from Parachute, Brooklinen and Boll & Branch, but those plushies do have their downsides. For one, they sometimes shed, leaving a trail of fibers on your still-damp skin. Secondly, their sheer density means that they take a long time to dry — like, upwards of 12 hours — and depending on your bathroom’s ventilation, this can result in a musty-smell. Yuck.

Enter: The waffle knit towel. If the plush terry were to have a cool younger cousin, it would certainly be this up-and-coming category of super absorbent towels known for ultra-fast drying. And one such waffle towel making major waves is Japanese-inspired brand Onsen. 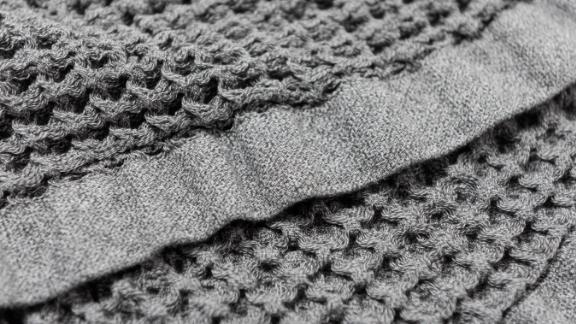 Named after the thousands of hot springs in Japan and the bathing facilities and inns that surround them, Onsen towels are crafted from Oeko-Tex certified, 100% American-grown Supima cotton, which is simultaneously strong and soft. As founder Shane Monson says, “We believe a towel has two basic jobs — dry your body, and dry itself.”

With more than 3,000 positive reviews on the Onsen site — reviewers rave about everything from the “quick drying” attributes to them being “nearly weightless” — the towels had me intrigued, so I gave them a try.

First and foremost, let’s discuss the obvious. If you’re a plush towel lover like myself, you’re going to have mixed feelings about the Onsen towel right off the bat. It is soft, don’t get me wrong, but not in the traditional way we’ve come to expect from most towels. That, however, is exactly what makes Onsen stand out. The lightweight, thin construction, combined with the tight, waffle-knit texture result in a towel that would be right at home in, well, a luxe Japanese spa.

Minimalist optics aside, the Onsen towel experience lives up to the hype. It is, in fact, crazy absorbent. In one fell swoop over my body, the Onsen wicked water away, leaving me fully dry. Also: I have a lot of ultra-thick hair and utterly appreciate how much water the towel soaked up in just a few minutes. And despite being totally soaked after use, the towel was completely dry roughly four hours later. That’s a big difference when compared to the dry time of thicker terry towels.

About one inch longer and wider than most bath towels, the Onsen is a bit larger size, making it perfect for taller folks. Want something even bigger? Go for the ample “sheet” offering, which at 38- by 67-inches, is almost blanket-like in its size. Also, I found that the waffle knit pattern works as a mild exfoliant — it’s sort of like the fabric version of a dry brush. 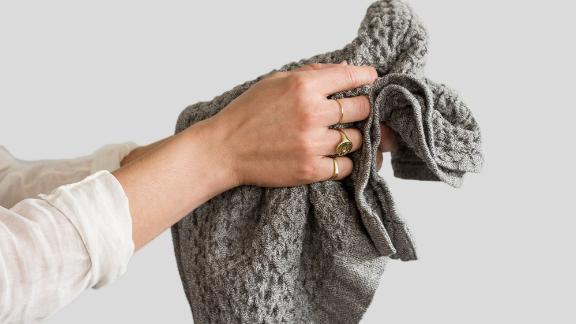 Ultimately, while you can upgrade your shower head and your shampoos, your curtain and your body scrubs, nothing is going to elevate your shower game like an impeccably-made towel. While this one from Onsen is a nonconformist in its design, it’s a game changer in its drying results. Oh, and the streamlined look is going to make your bathroom look like your dream spa, too.

Shop all of the Onsen’s totally sustainable products, from hand and face towels to bath sheets and full sets, here. (And we’ve got some good news—after selling out in less than a month, Onsen’s latest colorway ochre is back in stock.)