Media personality, Shade Ladipo has thrown a glaring shade at Tacha who participated in the BBNaija show last season. 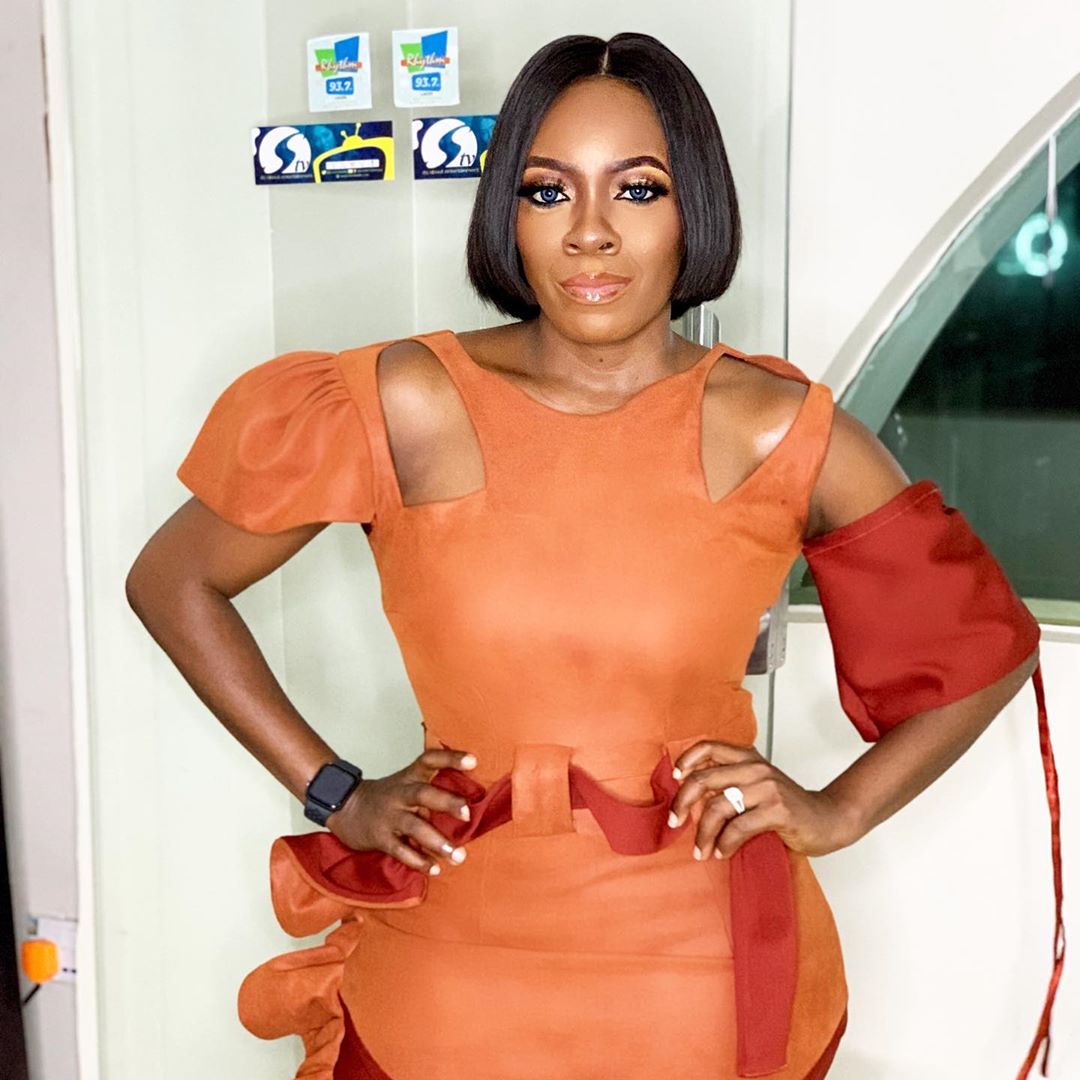 Shade made a post on her Instagram story stating that this year’s season is not as toxic as last years’. Consciously substituting toxic and Tacha in the sentence. 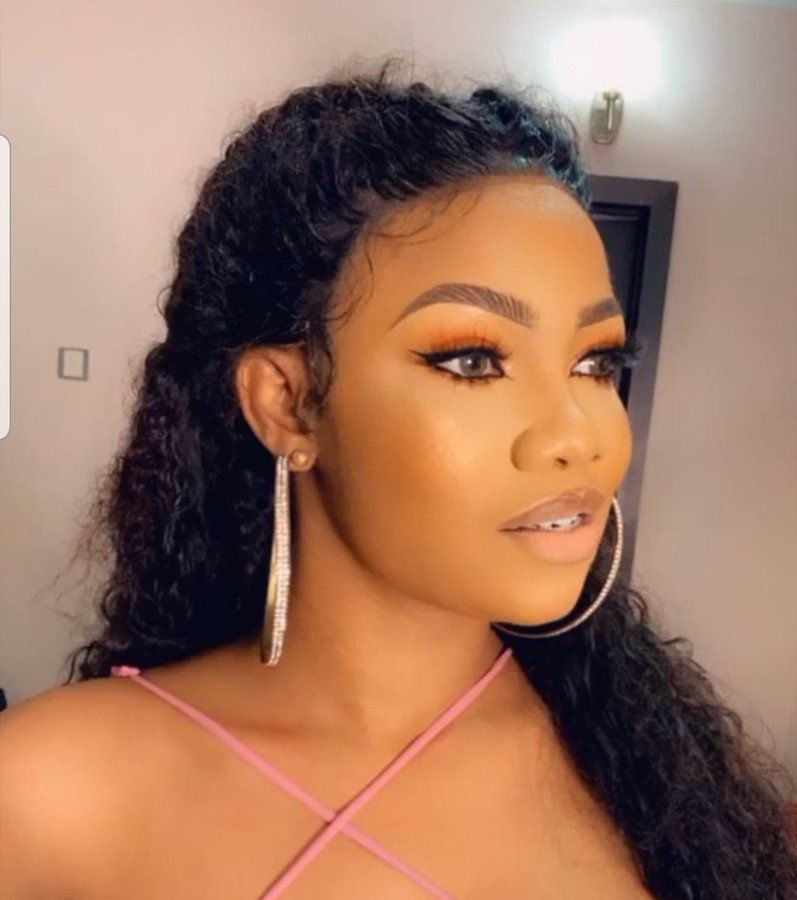 She insinutated that Tacha made Big Brother Pepper dem toxic and BBNaija Lockdown is less toxic and more refreshing.

“One thing I can say about this years Big Brother is it wasn’t as toxic/tacha as last year. Its refreshing.” 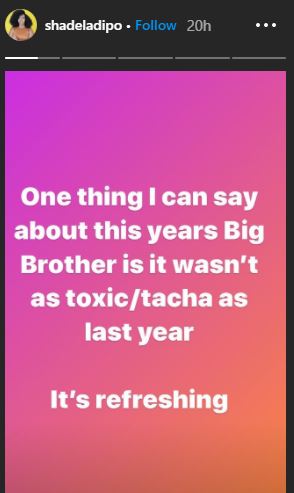 In a recent post, Shade Ladipo talked about how being married has made her to understand why some marriages end in divorce.

She made this known via her social media handle, stating that it is until one gets married before you can comprehend somethings about marriage.

Taking to her Insta-story the media personality wrote: “Until you get married, before you can comprehend somethings about marriage