A video making the rounds on social media shows the moment the police accosted three grown men who wore diapers at a mall in Lekki, Lagos. 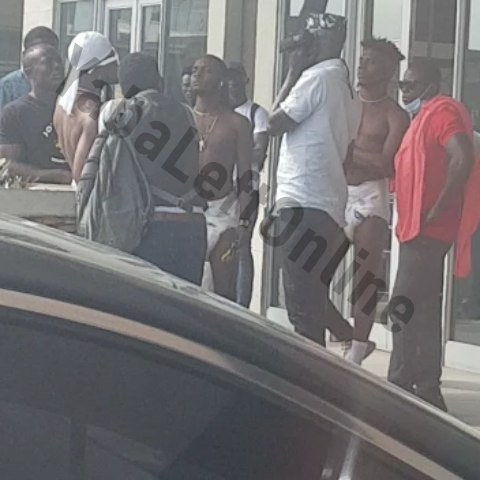 The grown men were seen in public putting on Diapers, sneakers and durags and it seemingly caused a scene and leisure seekers couldn’t stop looking at them in wonder.

Some social media users condemned the act and were of the opinion that this behaviour should not be normalized.

@sassy_leni wrote ; Everybody normalising rubbish. Why don’t u wear only g string and walk in a dark alley full of Fulani’s at 2am at night and see how dem go change am for u 😂😂😂😂😂

However, another social media user opined that people should be allowed to do what pleases them.

Accost them say wetin happen? It’s their designers outfit. Or don’t they have rights to wear whatever they want again in that place you guys call Nigeria? Is it your payint? 😂😂😂 Please Use that same energy to eradicate the actual mad people roaming around on every street. They should be up to 10million in numbers by now.