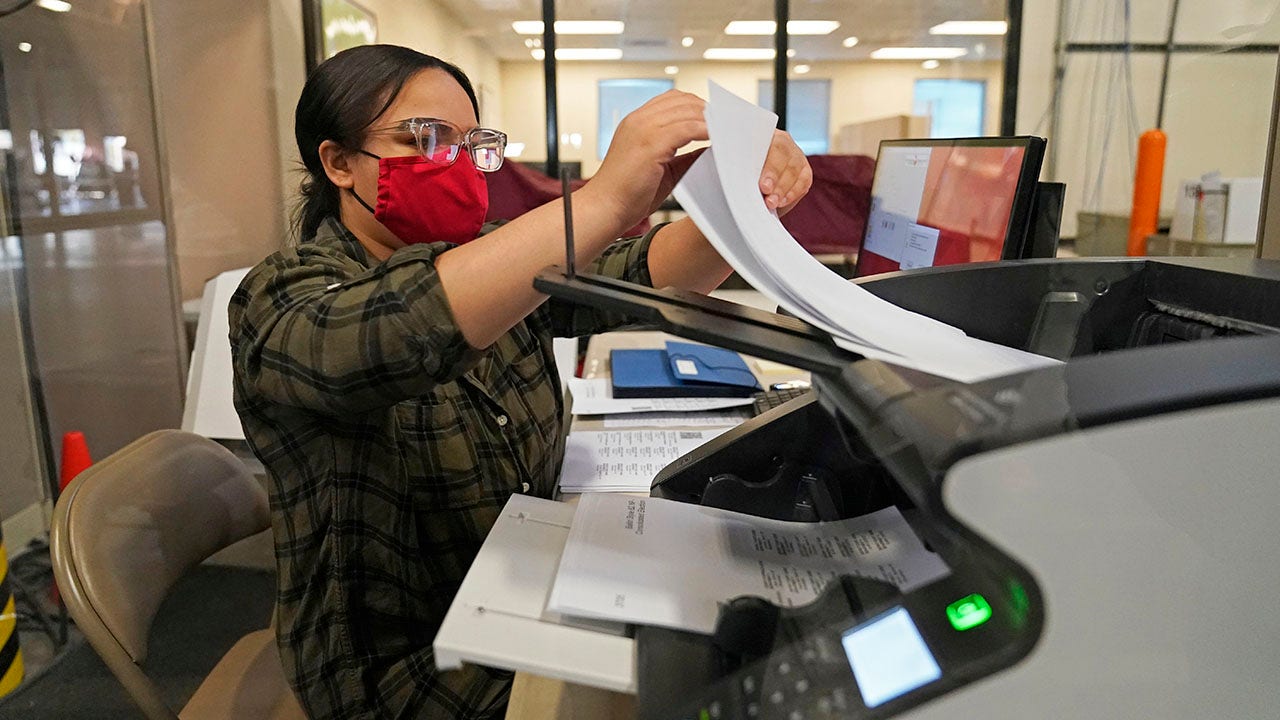 The Trump campaign said it is filing a federal lawsuit in Las Vegas Thursday, suing to stop the counting of what it calls “illegal votes” in Nevada, claiming to have evidence that people who are deceased and nonresidents have cast ballots in the 2020 election.

The Trump campaign alleges there are “tens of thousands” of people who voted in Nevada who are no longer state residents. The campaign said it is not seeking to stop the vote but rather ensure that every “legal“ vote is counted and that no “illegal” votes are counted.

A source familiar with the lawsuit told Fox News that campaign officials have proof that people who have died have been found to have voted.

The source told Fox News that Nevada election officials have not provided answers to the campaign as to why they haven’t had a “check” on mail ballots, which the campaign alleges were sent to apartments where individuals no longer lived but were filled out and cast.

The source added that there has been “no observation for signature matches whatsoever” and said, in general, there have not been observers watching the counting — specifically in Clark County.

“We have proof they are counting illegal votes,” the source said.

During the news conference, Grenell Thursday said “transparency is not political.”

“Ballots are not automatically legal votes until they are checked,” Grenell said. “We are not being allowed to check.”

Grenell said there is public information that nonresidents have voted and broken Nevada law, which requires a 30-day residency int he state to vote.

“If you haven’t been in the state for 30 days, it is illegal to vote,” Grenell said. “The fact is, we are filing this federal lawsuit to protect legal voters.”

He added: “It is unacceptable in this country to have illegal votes counted, and that’s what’s happening in the state of Nevada.”

Grenell noted that counties have not offered answers to how they are counting “illegal votes,” calling it “unacceptable,” and saying it gives “legal people a sense that the system is corrupt.”

“We have to have as system where legal votes are cast,” Grenell added.

Meanwhile, Schlapp said that the situation in Nevada “impacts what is going on all across the country.”

“The presidency hangs in the balance,” Schlapp said.

The press conference included an older woman, who claimed that she and her roommate were sent ballots in the mail— both of which were stolen.

“I always voted in person, this time, they mailed out the ballot and somebody took my ballot,” she said. “”They also took the ballot of my roommate.”

The woman added that when she went to vote in person, she was told that she already had cast a ballot.

Nevada, with its six electoral votes, has become a key battleground state in the 2020 race — one that has yet to declare a winner.

Nevada Secretary of State Barbara Cegavske tried Wednesday to address voter frustration as Americans across the country watched to see which way Nevada would lean.

The secretary’s office encouraged patience and said the ballot counting process was “proceeding at the expected pace” and that it would not be releasing any more ballot results until Thursday morning.

The state’s election office also confirmed it had not stopped counting since it started and intended to keep tallying votes throughout Wednesday night.

“The timeline for counting ballots in Nevada comes from the legislatively approved process, and this process dictates that all properly received ballots will continue to be counted for up to nine days after the election,” the office said in a statement Wednesday night.

The Trump 2020 campaign made it clear it would demand a recount in any state that it lost within a 1% margin or less.