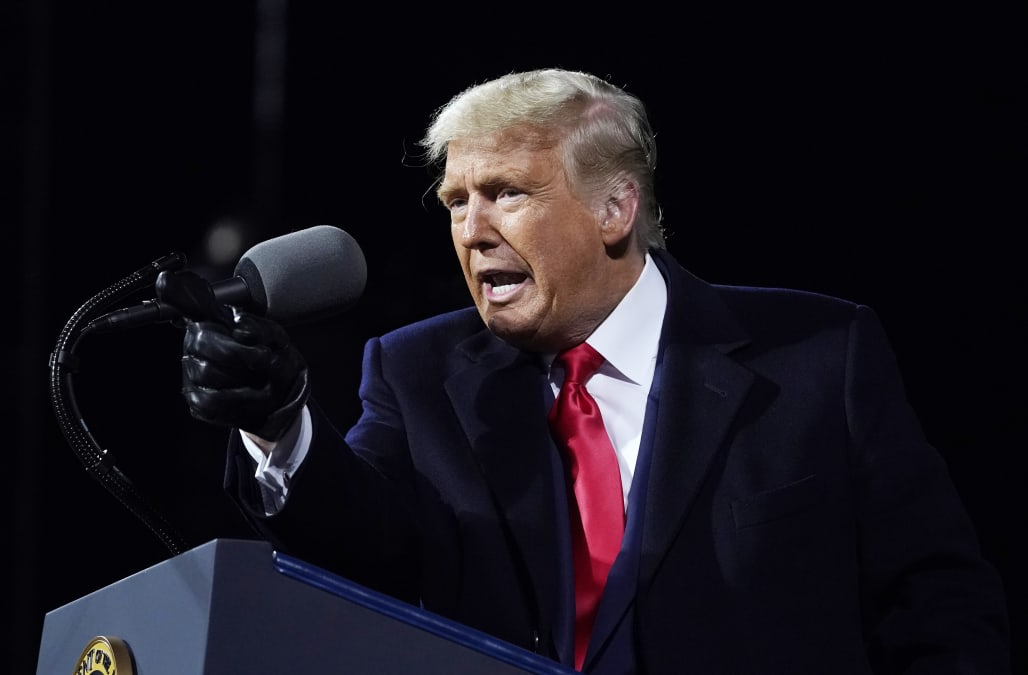 WASHINGTON, Nov 1 (Reuters) – U.S. President Donald Trump on Sunday launches his final, two-day sprint of campaigning across the battleground states of the 2020 election in a dramatic bid to defy the polls and win a come-from-behind victory over Democrat Joe Biden.

Facing what appears to be a narrow path to re-election, Trump is to make stops in states likely to prove pivotal in deciding if he will remain in the White House for four more years or whether he will become the first president since George H.W. Bush in 1992 to fail in a bid for a second term.

Biden, who has made Trump’s response to the coronavirus pandemic the central theme of his candidacy, will campaign on Sunday in Pennsylvania, a state that may well decide the winner of the election.

On Sunday and Monday, Trump will stage 10 rallies – five a day – making it the campaign’s busiest stretch. The Republican incumbent aims to generate enough momentum to drive an overwhelming turnout by his supporters on Tuesday, Election Day.

He will close out the two-day swing with a late-night rally on Monday in Grand Rapids, Michigan, the same location where he finished his campaign in 2016. In his improbable victory four years ago, he took Michigan, Pennsylvania and Wisconsin, three states that for decades had gone in the Democratic column.

Weighing down Trump is a rising number of coronavirus infections. The country has recorded more than 9 million cases, with nearly 230,000 people dead.

Trump has played down the virus and says his opponents are using it against him. He warns that a Biden presidency would lead to another virus lockdown, which the country cannot afford.

At a rally on Saturday in Newtown, Pennsylvania, Trump seemed to lament his close race with Biden, who he considers a weak opponent.

“This could only happen to me,” Trump said. “How could we be tied?”

To win again Trump has to chart a narrow path by winning states he won in 2016, like Florida, Georgia, North Carolina, Ohio, Iowa and Arizona, and holding at least one of the Midwestern states that he took four years ago, such as Pennsylvania, Michigan or Wisconsin.

Some Republicans are pessimistic about Trump’s chances, believing he has too many states where his back is up against the wall, fearing the 90 million who have cast ballots early suggest a wave building against the president.

Trump and his team believe polls undersell the Republican’s level of support, arguing many of his backers do not want to admit as much to pollsters and that, thanks to a strong Republican get-out-the-vote effort, the incumbent will win.

Trump warned again on Saturday that the outcome of the election may not be known on Tuesday night due to the counting of mail-in votes in states like Pennsylvania.

“I think it’s highly like you’re not going to have a decision because Pennsylvania is very big,” Trump said in Newtown. (Reporting by Steve Holland; Editing by Michael Perry)