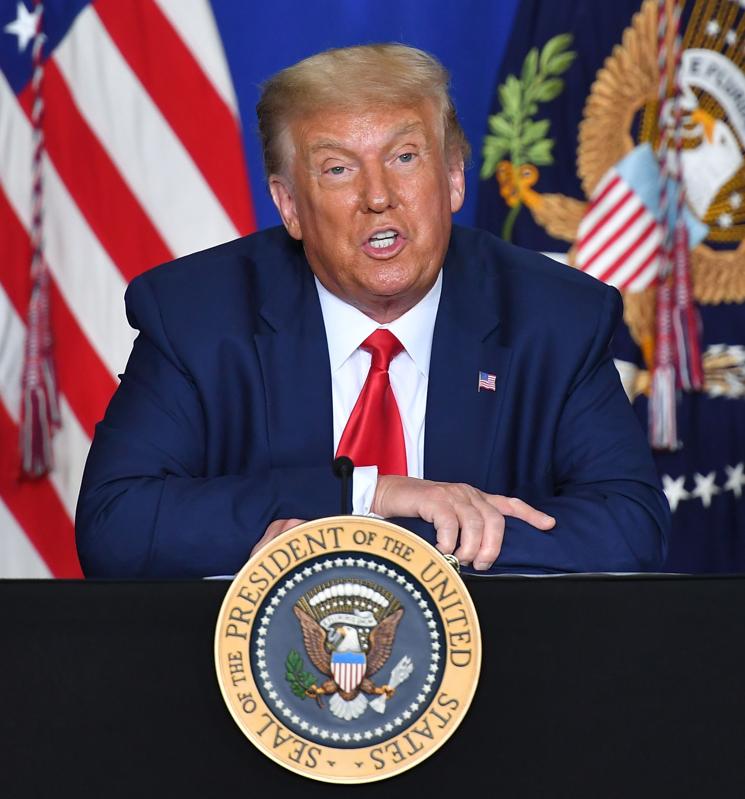 Here’s what you need to know.

According to Fox Business, Trump may be referring to money appropriated for small business loans. As part of the Cares Act — the $2.2 trillion stimulus package that that Congress approved in March — Congress appropriated $500 billion. Of that amount, $454 billion was appropriated to cover losses on lending programs. Of that funding, $259 billion remains uncommitted.

Stimulus update: Congress back in session

The Senate is back in session tomorrow. What’s the latest update on the stimulus? Senate Republicans may propose a new “skinny” stimulus bill as early as this week. The new stimulus legislation could be approximately $500 billion, which is roughly half the size of the Heals Act, which Senate Republicans proposed earlier this summer. This new stimulus bill could include several areas where there may be bipartisan support on policy topics, but not necessarily on funding amounts:

However, the new stimulus bill is not expected to include any stimulus checks. However, it’s possible after Trump’s remarks that Republicans could alter the proposed legislation to include a second round of checks. Will this new legislation pass? It’s unlikely. While more Senate Republicans would support a smaller legislative proposal, Democrats want a larger bill. Speaker Nancy Pelosi (D-CA) and Senate Minority Leader Chuck Schumer (D-CA) are likely unwilling to agree on an even smaller bill than the Heals Act, which at $1 trillion was deemed too small. Democrats initially proposed a $3 trillion stimulus package (the Heroes Act), although Pelosi said Democrats would be willing to agree to a $2.2 trillion bill.

“The speaker has refused to sit down and negotiate unless we agree to something like a $2.5 trillion deal in advance,” Treasury Secretary Steven Mnuchin said on Fox News Sunday. “Let’s do a more targeted bill now and if we need to do more in 30 days we’ll continue to do more, but let’s not hold up the American workers and the American businesses that need more support.”

Democrats want $1 trillion in funding for state and local governments, $600 weekly unemployment benefits and $60 billion for food insecurity, among other initiatives.

Pelosi: We are not budging on stimulus—$2.2 trillion or nothing

Will Biden’s Kamala Harris pick give boost to a monthly stimulus check?

Why you got a $500 stimulus check this week

Here’s when $300 a week unemployment benefits may start

Will you get a second stimulus check in Trump’s executive order?

This second stimulus check would pay the most

When will my second stimulus check come?

Trump: Student loans may be extended for “additional periods of time”

Trump: Second stimulus checks may be higher than $1,200

What the new stimulus package means for your student loans

Stimulus: here are the latest numbers for second stimulus checks and more

Second stimulus checks may be less than $1,200

Trump wants at least $2 trillion for next stimulus