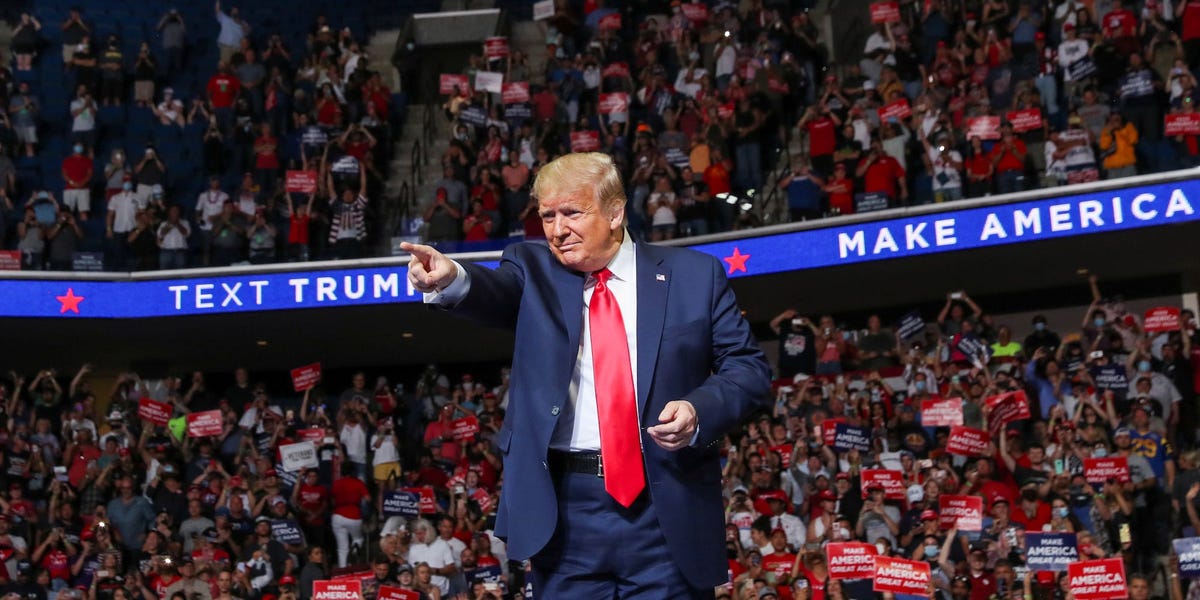 The remarks, in which he suggested that people vote once by mail and again in person, represent the latest example of Trump sowing confusion and doubt ahead of the November 3 election. In recent months, the president has repeatedly made false claims about the security of mail-in-voting.

Voting in a US election more than once is illegal.

In response to a reporter’s question about mail-in balloting in North Carolina, Trump said: “So let them send it in and let them go vote, and if their system’s as good as they say it is, then obviously they won’t be able to vote. If it isn’t tabulated, they’ll be able to vote.”

As the Brennan Center noted earlier this year, the rate of voter fraud in the US has remained “infinitesimally small” even as more Americans have voted by mail over the years.

Trump is widely thought to believe that an increase in mail-in voting — as is expected amid safety concerns related to the coronavirus pandemic — will favor Democrats.

While there is no evidence that is the case, Trump has consistently sought to dismiss mail-in voting — which has been done in many states for years — as a rigged process. He openly acknowledged during an interview last month that he would prefer that the US Postal Service be unable to handle a surge in mail-in voting.

At the end of July, the post office sent letters to 46 states and Washington, DC, raising alarms that ballots may not be delivered in time to meet election deadlines because of limited resources, which could disenfranchise voters.

The White House did not reply to Business Insider’s request for comment before publication.