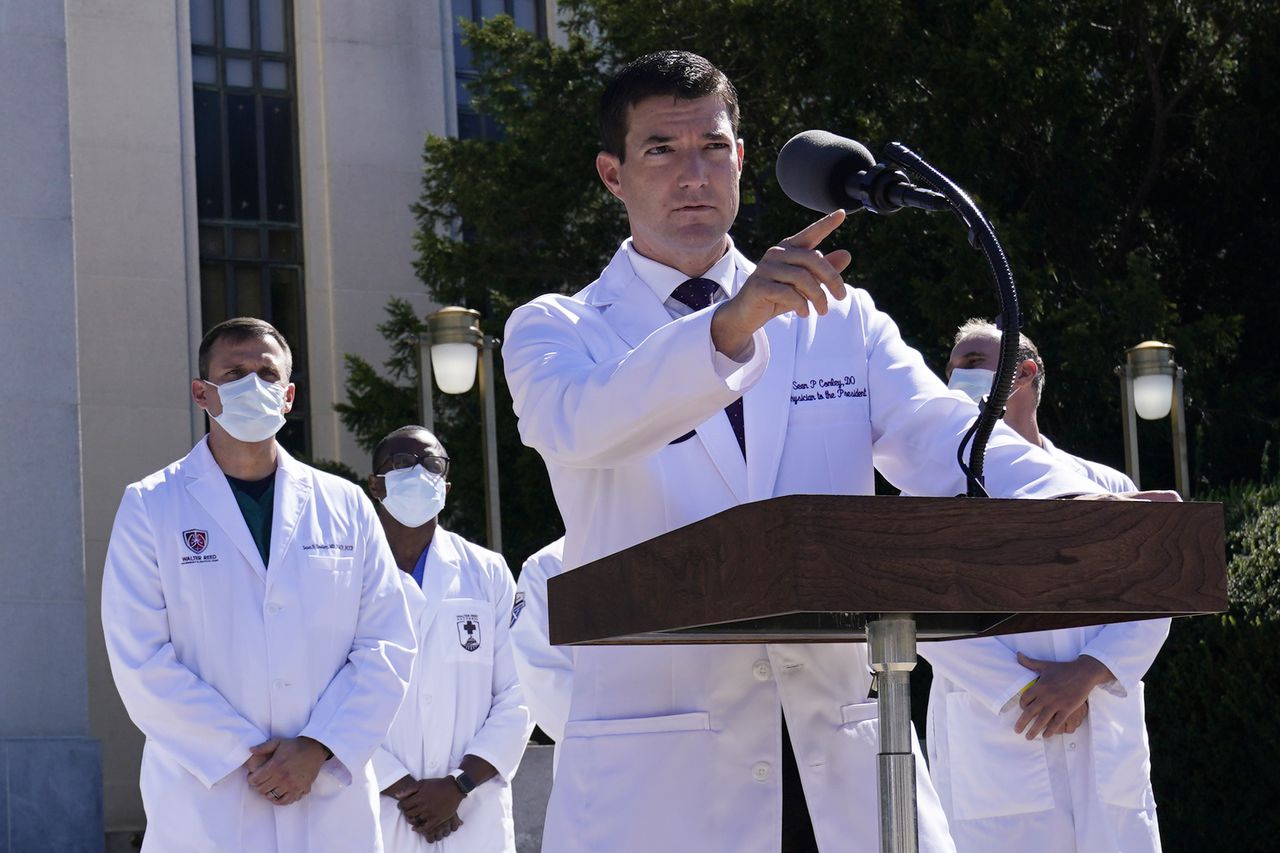 A new timeline presented by Donald Trump’s physician set off confusion about whether the president knew he had tested positive for COVID-19 prior to his New Jersey fundraiser Thursday afternoon — though at least one administration official has countered that the doctor had misspoken.

During a press conference Saturday morning, Sean Conley — one of the doctors treating Trump at Walter Reed National Military Medical Center — said the president was “just 72 hours into the diagnosis now,” noting the first week of the virus is most critical, as reported by CBS News.

But it was less than 48 hours ago that Trump flew to an airport in Morristown and then boarded a helicopter bound for the Trump National Golf Club in Bedminster, where he addressed and met with several hundred donors, according to attendees who spoke to NJ Advance Media on Friday.

Trump announced early Friday morning that he and First Lady Melania Trump had both tested positive for the illness but did not share when he himself had learned the diagnosis.

Journalists quickly took note of the discrepancies and the questions raised by them.

Shortly after the press conference, however, Conley issued a statement clarifying the timeline.

“The president was first diagnosed with COVID-19 on the evening of Thursday, Oct. 1” the statement said.

Also on Saturday, the Associated Press reported that Trump has been administered supplemental oxygen at the White House on Friday, though Conley sidestepped questions about oxygen treatments during the press conference.

A growing list of aides, advisors and politicians close to Trump have since tested positive as well, including former Gov. Chris Christie — whose diagnosis was announced late Saturday morning — as well as campaign manager Bill Stepien and former adviser Kellyanne Conway, both Garden State natives. It is so far unclear where exactly they all contracted COVID-19.

On Saturday, Conley said he was pleased with Trump’s condition and said he was fever-free. Trump has also received an experimental antibody drug and remdesivir to help treat the illness, the Associated Press reported.

“At this time, the team and I are extremely happy with the progress the president has made,” Conley said.

Our journalism needs your support. Please subscribe today to NJ.com. Bobby Olivier may be reached at bolivier@njadvancemedia.com. Tell us your coronavirus story or send a tip here.