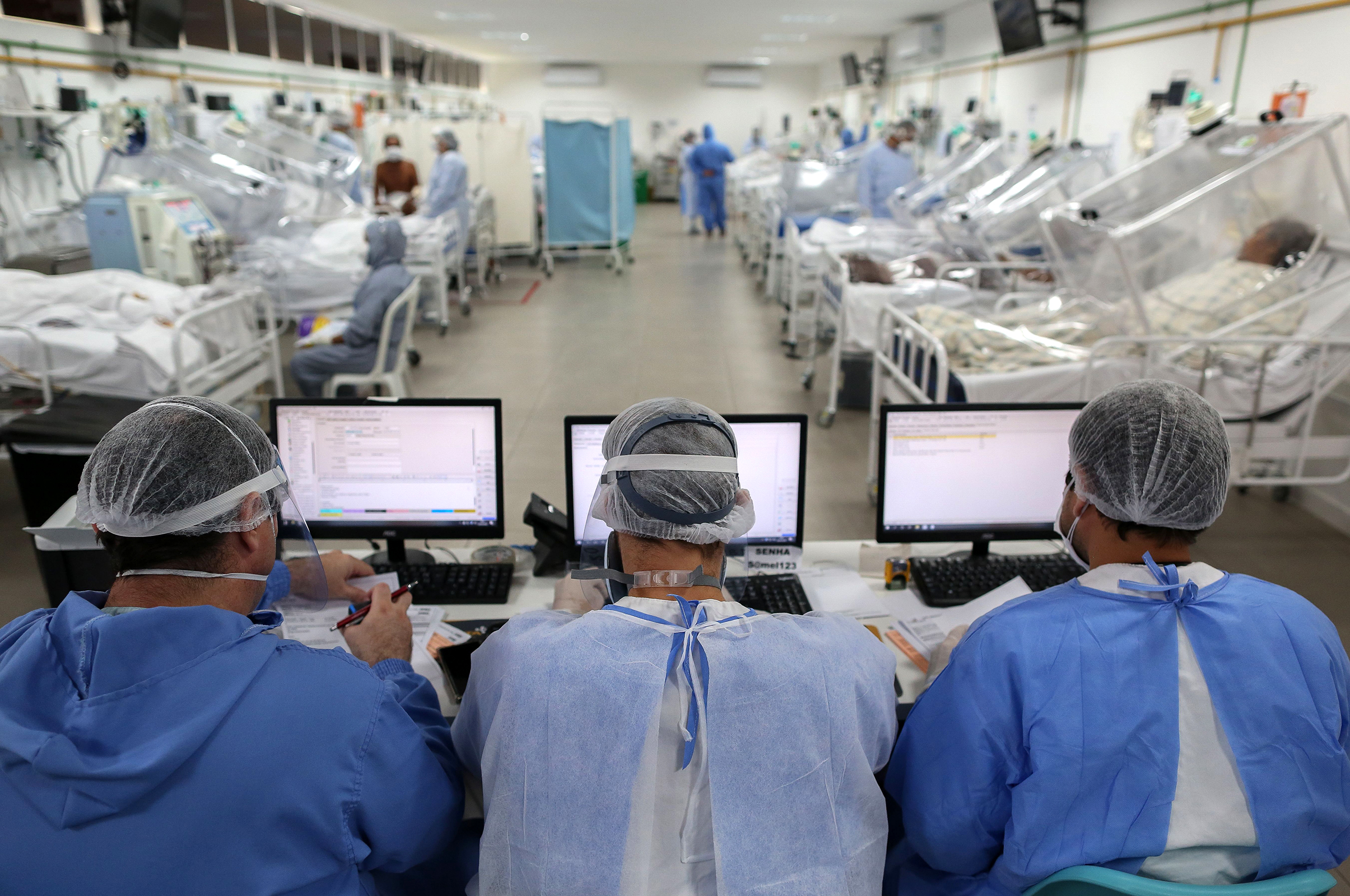 View of the Intensive Care Unit treating coronavirus (COVID-19) patients at a hospital in Manaus, Brazil, on May 20. Michael Dantas/AFP/Getty Images

Latin America has reported more new coronavirus cases than either the United States or Europe for three days in a row, driven by high numbers in Brazil, Peru and Mexico, CNN analysis of Johns Hopkins University and World Health Organization data shows.

The numbers: The region reported at least 32,854 new cases on Wednesday, with more than half of them in Brazil.

The United States reported 22,534 new cases that day, according to Johns Hopkins University, while Europe – including Russia – reported about 17,900, according to the WHO. Both agencies rely on national governments for their data.

Latin America also reported more new cases than the Unites States or Europe on Tuesday, CNN calculations show: At least 29,240 in Latin America, compared to 22,391 in the United States and about 19,200 in Europe.

And on Monday, Latin America reported at least 23,388 new infections, while the United States reported 22,813 and Europe reported about 20,000.