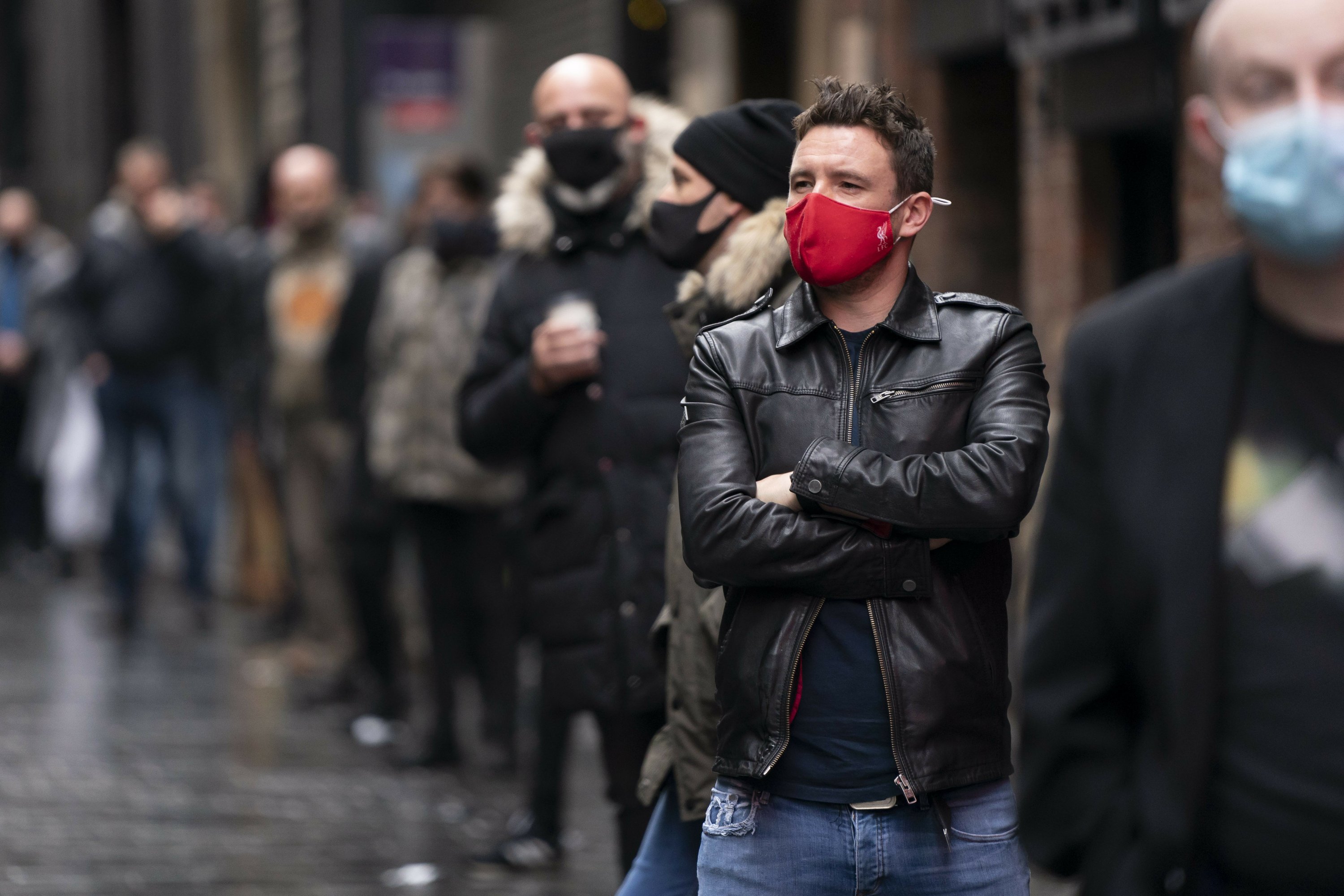 LONDON (AP) — The British government carved England into three tiers of coronavirus risk on Monday in a bid to slow a resurgent outbreak, putting the northern city of Liverpool into the highest risk category and shutting its pubs, gyms and betting shops.

Prime Minister Boris Johnson said the three-tier national system was designed to “simplify and standardize” a confusing patchwork of local rules over what residents can and cannot do. Johnson said shops, schools and universities would remain open in all areas.

He told lawmakers in the House of Commons that the goal was to save lives and prevent hospitals becoming overwhelmed without “shuttering our lives and our society” through a new national lockdown.

But pubs, restaurants and other hospitality businesses pushed back, arguing that they are not to blame for rising infections.

After falling during the summer, coronavirus cases are rising in the U.K. as winter approaches, with northwest and northeast England seeing the steepest increases. Liverpool has one of the country’s most severe outbreaks, with about 600 cases per 100,000 people, even more than the hard-hit European cities of Madrid and Brussels.

Under the new measures, areas in England are classified at medium, high or very high risk, and placed under restrictions of varying severity.

Areas in the lowest tier will follow existing national restrictions, including a 10 p.m. curfew on pubs and restaurants and a ban on more than six people gathering. In areas at high risk, members of different households are barred from meeting indoors.

The “very high” risk tier will face restrictions including closing pubs — apart from those that serve meals — and, if local authorities want, other venues such as gyms and casinos.

Liverpool was the only area put into the top category Monday, but Johnson said authorities were still talking with other local leaders across the north of England.

Liverpool Mayor Joe Anderson said local authorities supported tougher restrictions as long as they were accompanied by improved test-and-trace measures to suppress clusters of infections — something he said the government had agreed to.

“As well as protecting lives and doing things to tackle the virus, we also need to protect livelihoods, so we argued really strongly for a stronger financial package,” said Anderson, a member of the opposition Labour Party. “Unfortunately, that wasn’t listened to.”

The government has announced a support package to pay two-thirds of the salaries of employees of companies that are told to close, but many in the pub and restaurant sector say that is not enough to save already struggling businesses.

Labour Party leader Keir Starmer said he doubted the new measures would go far enough to “get control of this virus, to protect jobs or retain public trust.”

The U.K. has experienced Europe’s deadliest outbreak, with an official death toll of 42,875. Health officials say Britain is at a tipping point in the outbreak, with strong action needed to prevent hospitals being overwhelmed at a time when they are already at their busiest with flu and other winter illnesses.

Stephen Powis, medical director of the National Health Service in England, said there are currently more people hospitalized with the virus than there were when the country went into its national lockdown in March.

He said three temporary COVID-19 hospitals in northern England that were mothballed when the outbreak receded over the summer are being readied to admit patients once again in the coming weeks.

England’s deputy chief medical officer, Jonathan Van-Tam, said Monday that while northern England has the highest infection rates, cases are on the rise across the country. Infections have risen most rapidly among older teenagers and young adults, who generally suffer mild symptoms, but are spreading to older and more at-risk groups.

“This is a nationwide phenomenon now,” Van-Tam said.

Bar and restaurant owners say the government has not shared any evidence backing up the claim that they are the major transmission sources of the virus.

Manchester City Council leader Richard Leese said data from the city’s public health officials “seems to demonstrate that there is not a particular connection between bars and restaurants and the transmission of COVID.”

But Calum Semple, professor of outbreak medicine at the University of Liverpool and a member of the government’s Scientific Advisory Group for Emergencies, said “most of the outbreaks are happening within and between households, and then after that, it’s in the retail and hospitality sector.”

He said the new measures would take several weeks to drive down the number of hospitalizations and deaths — if they were strong enough to make a difference at all.

“The outbreak is a bit like a super-tanker,” Semple told the BBC. “You put the brakes on but it takes a long time before you see the effect.”

The measures announced Monday apply to England. The rest of the U.K. is under similar, and sometimes tougher, restrictions. In Scotland’s two biggest cities, Glasgow and Edinburgh, pubs have been closed for 16 days to suppress the outbreak.

Danica Kirka in London contributed to this story.

Follow AP coverage of the virus outbreak at http://apnews.com/VirusOutbreak and https://apnews.com/UnderstandingtheOutbreak