CNN Underscored reviews financial products such as credit cards and bank accounts based on their overall value, but does not review all financial companies or all available financial offers. We may receive compensation for sending traffic to partner sites, such as CreditCards.com, and this compensation may impact how and where links appear on this site.

While travel isn’t a priority for most people right now, airlines may be filling the skies again as soon as next year, and we’ll likely see some great offers to get travelers back onto planes. When that happens, it’ll be helpful to have a stash of frequent flyer miles, and for those looking to quickly boost their balances, United Airlines currently has sign-up bonus offers on both its primary credit card and its no-annual-fee one

Or, for those who only fly United once in a while even when travel is at normal levels, the new no-annual-fee United Gateway Card currently offers new card holders 20,000 bonus miles after you spend $1,000 in purchases in the first three months after opening the account.

Both the United Explorer Card and the new United Gateway Card earn United MileagePlus miles, which are easily redeemed on United as well as for flights on the airline’s 20+ Star Alliance partners. While United now uses a dynamic pricing structure instead of a fixed award chart to price award tickets, the airline’s website is adept at finding partner airline inventory, which makes it easy to see route options, find seats and confirm your next award trip.

With domestic United award tickets starting as low as 5,000 miles one-way, 70,000 bonus points from the personal United Explorer Card could cover 14 tickets at the lowest rate, meaning you could take your whole family on a sorely-needed vacation once the pandemic has finally waned. 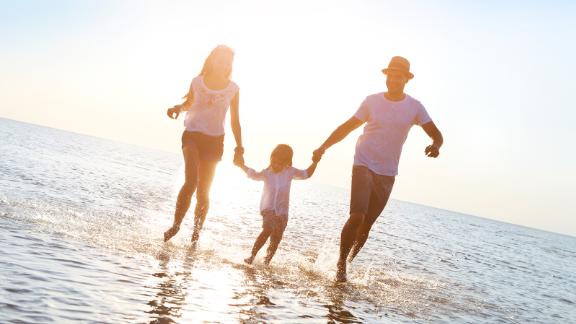 If you’re dreaming about how much you’ll need a vacation when the pandemic ends, United miles could be useful to have in your pocket.
PHOTO: iStock

You’ll earn 2 miles for every dollar you spend on United with the United Explorer Card, as well as at restaurants (including eligible delivery services) and on hotel stays booked directly with the hotel. The card then earns 1 mile per dollar on everything else you buy.

These earning rates aren’t generally best-in-class. For instance, the Chase Sapphire Preferred Card earns 2 points per dollar on dining and all travel — not just United flights or hotels — and you can transfer Chase points to United miles at a 1-to-1 ratio, as well as to 12 other airline and hotel partners.

However, with the United Explorer Card, you’ll also get a number of perks when you’re flying United that you can’t get with the Chase Sapphire Preferred. The card features a free checked bag for you (and one for a companion on the same reservation), a pair of one-time United Club lounge passes each year (which would cost you $59 each otherwise), 25% back on United inflight purchases, and priority boarding on United-operated flights.

Also, you can normally earn 500 Premier Qualifying Points (PQPs) toward United elite status (up to Platinum level) for every $12,000 spent on the United Explorer Card, up to a maximum of 1,000 PQPs per calendar year. But this earning rate is currently doubled from May 1 through the end of 2020, and the PQP limits are doubled as well.

That means you can theoretically bank a total of 2,000 PQPs this year purely via credit card spending if you time it right. But remember, CNN Underscored recommends that you only make purchases you would make otherwise with cash, checks or a debit card. Don’t find yourself in debt paying credit card interest from trying to chase airline elite status.

The United Explorer Card also has no foreign transaction fees, so it’s safe to use it overseas once international travel resumes. And those hoping to sign up for Global Entry or TSA PreCheck will also appreciate the up to $100 fee reimbursement on the card.

If you aren’t much of a regular traveler but want to earn some airline miles, you might consider the relatively new United Gateway Card, which replaced the old United TravelBank Card. It doesn’t have all the perks of the United Explorer card, but it also doesn’t have an annual fee, so you can earn United miles without having to pay each year just to have the card.

When it comes to earning miles, the United Gateway Card does have a number of bonus categories. It earns 2 miles for every dollar you spend on United Airlines purchases, at gas stations, and on local transit and commuting. The card earns 1 mile per dollar on all other purchases.

The one perk that carries over from the United Explorer card to the United Gateway card is a 25% rebate on all United inflight purchases. Surprisingly, the card also carries no foreign transaction fees, which is somewhat unusual for a no-annual-fee card, but certainly welcome.

Related: The best Chase credit cards to get for cash back and travel rewards.

Just be mindful of applying for too many credit cards in rapid succession, and consider the rules banks employ for people who quickly pick up a lot of cards. For instance, Chase — the bank that issues United credit cards — won’t approve any new credit cards for people who have already gotten five or more credit cards across all banks in the previous 24 months. This is colloquially known as Chase’s 5/24 rule.

Use these United credit card offers to stash away miles 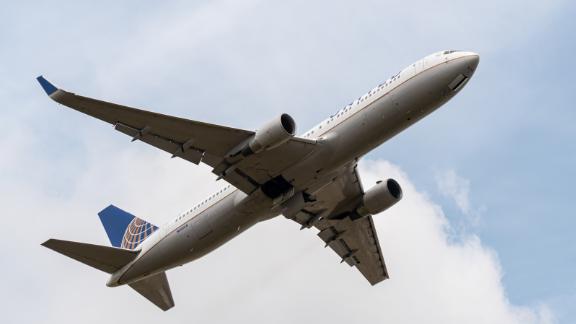 You might consider taking advantage of these United credit card offers with an eye toward the future.
PHOTO: iStock

Getting an airline credit card right now is definitely an investment in the future, since you likely won’t be able to use most of its benefits at the moment. But you could theoretically pick up one of these two cards now, earn the sign-up bonus and use the miles down the road not just for United flights, but for flights on any of United’s airline partners as well.

Check out CNN Underscored’s guide to the best credit cards of 2020.