| Photographs by Dan Krauss for The Wall Street Journal

U.S. utilities are increasingly exploring the use of what is called green hydrogen made from wind and solar energy to reduce emissions from power plants and pipelines.

The early investments by companies including NextEra Energy Inc. and Dominion Energy Inc. are expected to help commercialize a costly technology that has been slow to develop despite its ability to provide a steady source of carbon-free power. Utilities and policy makers are beginning to view the technology as necessary to support ambitious renewable-energy goals.

The Los Angeles Department of Water and Power, the nation’s largest municipal utility, is spearheading a $1.9 billion effort to convert a coal-fired power plant in Utah to run on natural gas and hydrogen produced with excess wind and solar power. The plant, which serves numerous small utilities and electric cooperatives, has long been one of Southern California’s most significant power sources. 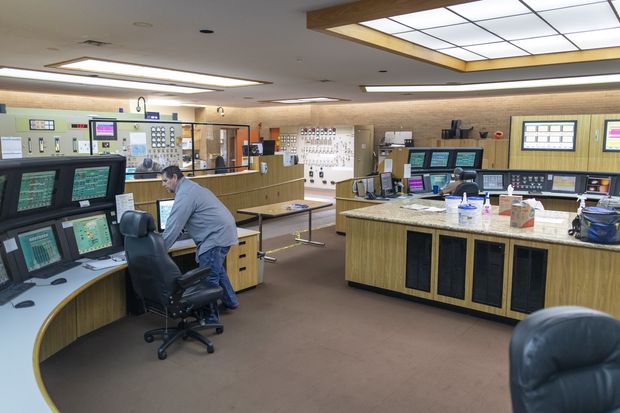 The turbine hall control room inside the Intermountain Power Plant in Delta, Utah, will be replaced in the coming years. 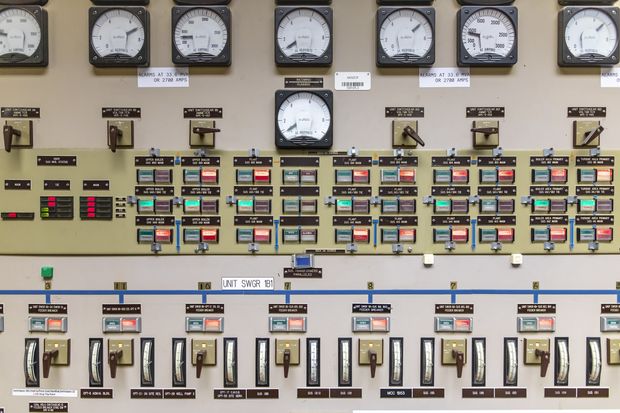 A detail of the control room inside the Intermountain Power Plant.

The gas turbines, slated for completion in 2025, will initially burn a 30% hydrogen fuel mix. Within two decades, they are expected to run entirely on hydrogen to comply with a California law that requires the state’s electricity supplies to be carbon-free by 2045.

“From a cost perspective, it doesn’t compete with natural gas at this point,” said Paul Schultz, director of external energy resources for LADWP. But he said the utility considers the conversion a long-term investment in changes that lawmakers and regulators are requiring.

And the price of green hydrogen is expected to become more competitive in coming years.

“The costs are going to go one direction, and that’s down,” said Craig Wagstaff, Dominion Energy’s senior vice president for Western gas distribution. “It’s just a question of how far down they’re going to go.”

Hydrogen, which is used in a range of industries, is most often produced from coal or natural gas through carbon-emitting processes. The production of green hydrogen, on the other hand, eliminates those emissions by using renewable energy to strip hydrogen atoms from water molecules through a process called electrolysis. Currently, only 1% of the hydrogen produced is green hydrogen. 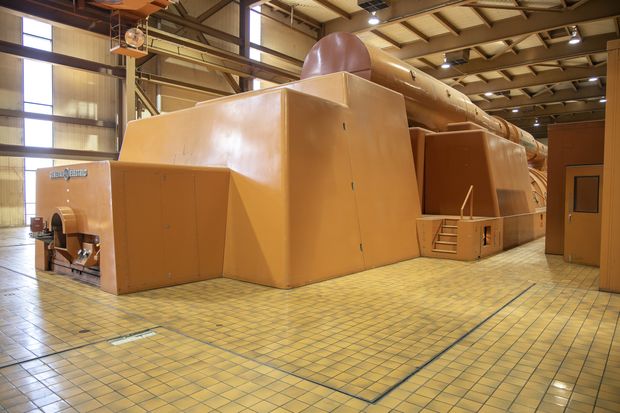 Coal-fired generators at the Intermountain Power Plant will be replaced with natural-gas units.

A relatively small number of electrolyzers were deployed globally through 2019. Many more are expected to be in use by 2025 as companies look for ways to cut emissions from power and gas supplies, transportation and other sectors, according to a report by research firm Wood Mackenzie.

Growth in green-hydrogen production has been slow in part because it typically costs three to six times as much as hydrogen derived from fossil fuels, said Dan Hahn, who leads the global energy-providers practice for research firm Guidehouse. He expects costs could fall significantly within the next decade as production technology develops and policies are implemented that favor green hydrogen over that derived from fossil fuels.

“We think that even in the next two to three years, costs will decrease because of the investments that are being made in the market,” Mr. Hahn said.

Juno Beach, Fla.-based NextEra, the nation’s largest owner of wind and solar farms, earlier this year announced plans to invest $65 million in a project that will use excess solar energy to produce hydrogen for use in a Florida natural-gas plant. The 20-megawatt electrolysis system, expected to be online in 2023, will be used to replace a portion of the natural gas in one of the plant’s three gas turbines. 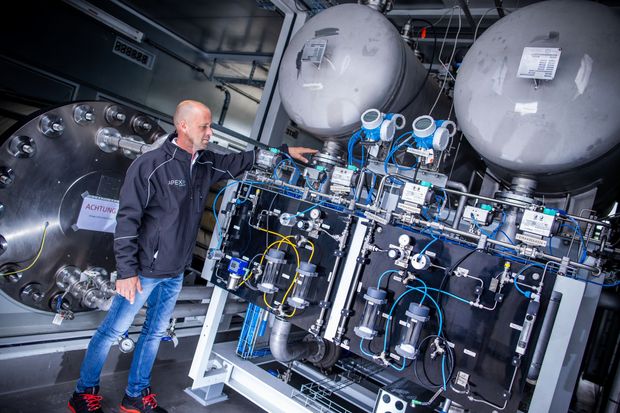 In June, Apex Energy finished a green-hydrogen plant located near the Baltic Sea. The company’s manager at a hydrogen-power plant in Laage, Germany.

“What makes us really excited about hydrogen…is that it has the potential to supplement significant deployment of renewables,” Chief Financial Officer Rebecca Kujawa said in a recent earnings call. NextEra declined to elaborate on its plans.

Dominion Energy, a Richmond, Va.-based company that provides electricity or natural gas to about seven million customers in 20 states, is planning to blend hydrogen into its gas-distribution system to reduce methane and carbon emissions. It is aiming to test a 5% blend at one of its training sites early next year, with the intent to incorporate it more widely and eventually increase the percentage of hydrogen in the system.

Eventually, the company sees potential in using excess wind and solar power to produce its own hydrogen for power plants and pipelines as it pushes for net-zero emissions by 2050. 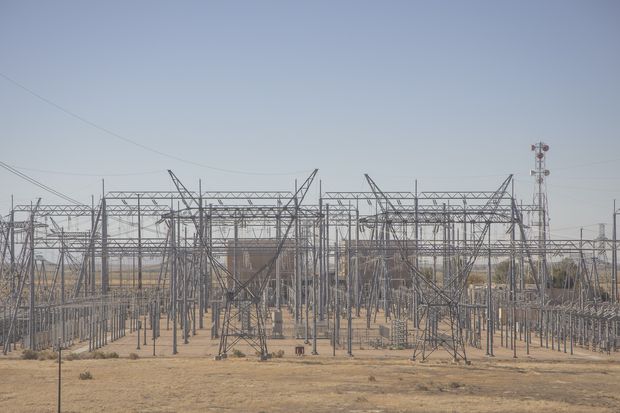 The switchyard at the Intermountain Power Plant.

Write to Katherine Blunt at Katherine.Blunt@wsj.com