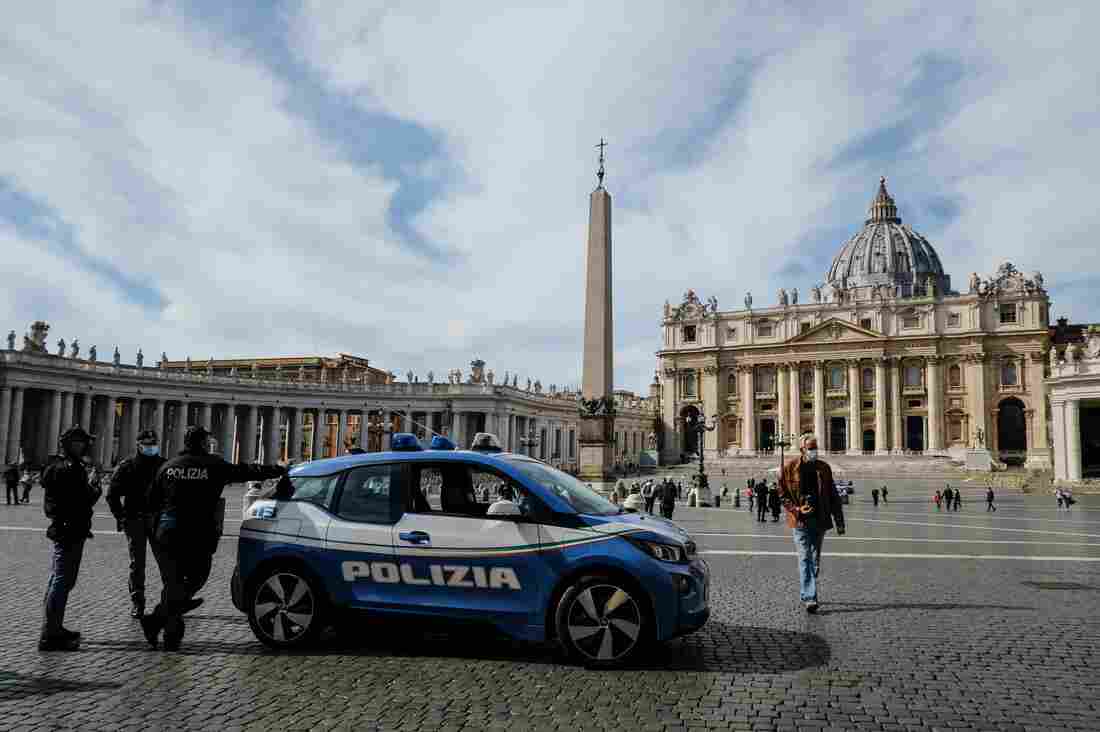 Italian police are stationed in St. Peter’s Square at the Vatican, on Tuesday. Andreas Solaro/AFP via Getty Images hide caption 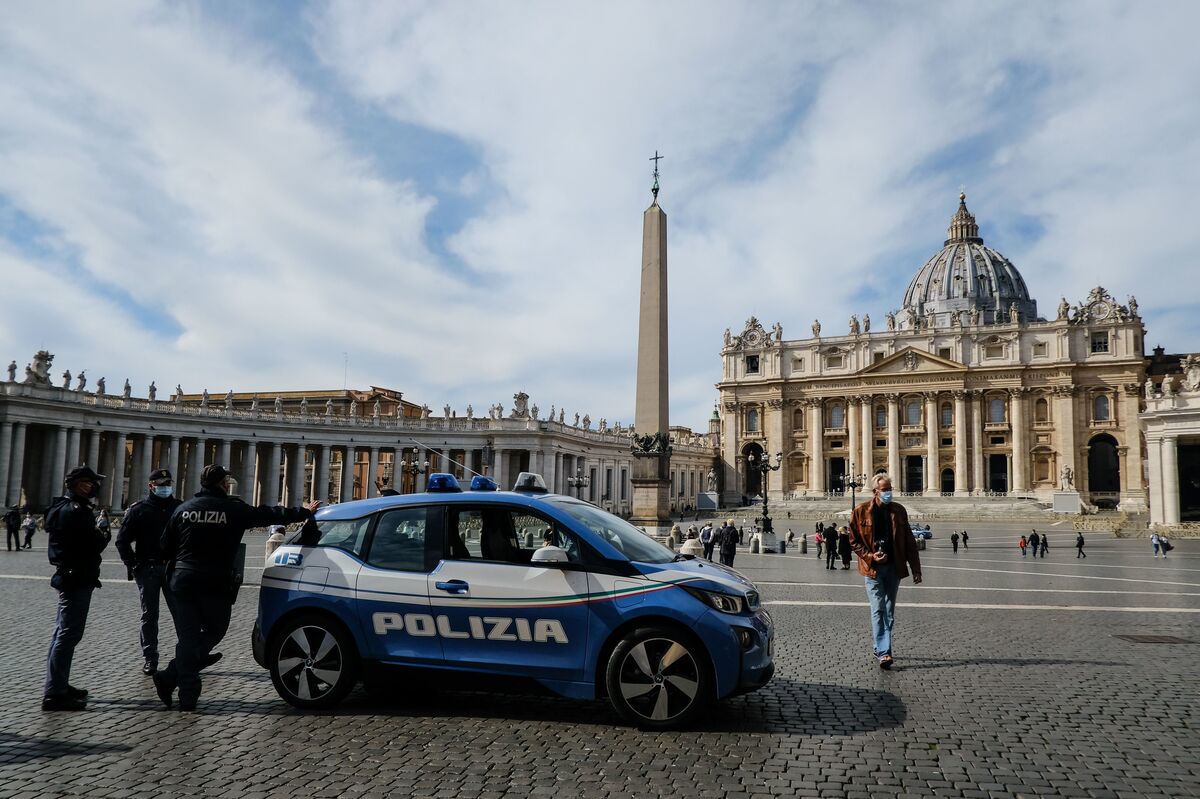 Italian police are stationed in St. Peter’s Square at the Vatican, on Tuesday.

A financial scandal swirling around the Vatican has taken a new twist with the arrest of a woman linked to a cardinal fired by Pope Francis.

Italian police arrested Cecilia Marogna in Milan late Tuesday on a warrant from the Vatican City State. A Vatican official told Reuters that Holy See magistrates suspect her of embezzlement and misappropriation of funds, in complicity with others.

Before her arrest, Marogna told Italian media she had received half a million euros to run behind-the-scenes diplomacy to assist missionaries in conflict zones in Africa and Asia.

Marogna, 39, is an associate of Cardinal Giovanni Angelo Becciu. Last month, Pope Francis forced Becciu to resign as head of the Congregation for the Causes of the Saints and stripped him of his right as a cardinal to vote for a new pope.

Francis did not give a reason for Becciu’s dismissal. But his firing apparently stemmed from Becciu’s activities in his previous post, as the second-ranking official in the Vatican secretariat of state, where he handled the Holy See’s investments.

Becciu was sacked just as the Italian weekly magazine L’Espresso was about to publish an article alleging Becciu’s financial malfeasance. 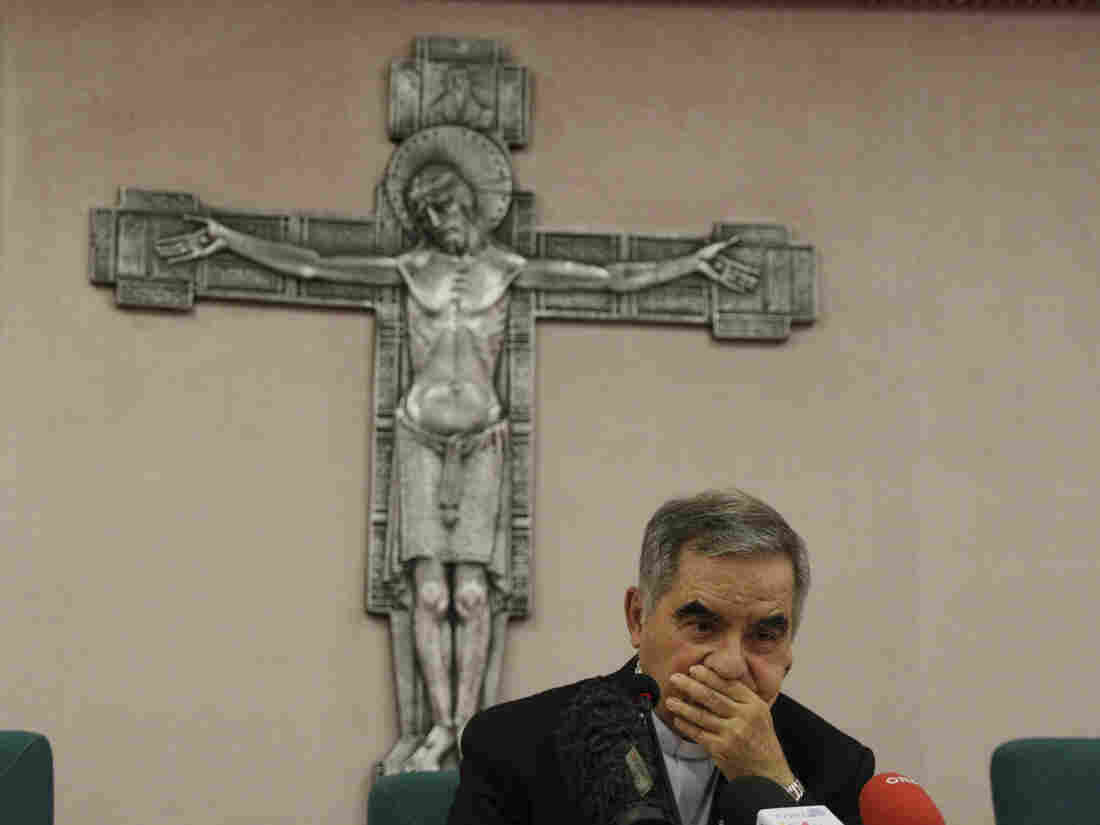 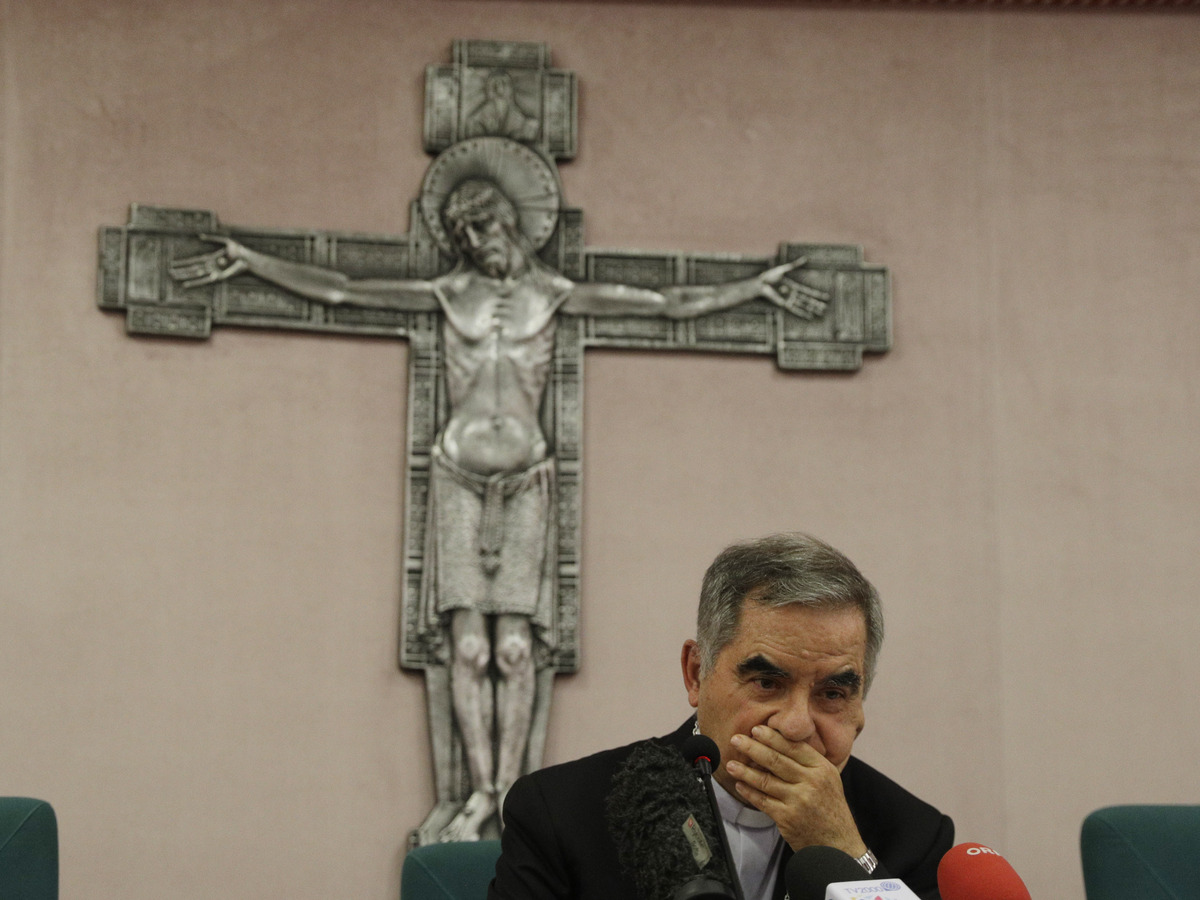 An exposé in L’Espresso accused Becciu of nepotism, including steering church funds for charity to a nonprofit run by his brother on the island of Sardinia. Reporter Massimiliano Coccia says his reporting showed “Becciu’s family affairs had become affairs of state.”

Last year, L’Espresso linked the cardinal to a shady investment in high-end London real estate. The Vatican allegedly sank more than $200 million into the venture — mostly from donations from Catholic faithful — while middlemen allegedly pocketed tens of millions in fees. Five Vatican employees were suspended.

Pope Francis was elected in 2013 with a clear mandate to clean up the Holy See’s notoriously murky finances. Since then, he has made strides in imposing transparency and accountability. But in the eighth year of his papacy, the Vatican is still plagued by scandal and intrigue.

This month, the pope took the unusual step of appearing publicly with Council of Europe Moneyval inspectors to reassure them he is cleaning house, and he denounced financial speculation.

“Sometimes, in the effort to amass wealth, there is little concern for where it comes from, whether it was produced legitimately or whether others were exploited in the process,” the pope told the financial experts.

Citing Jesus casting the money changers from the temple, Francis said, “You cannot serve both God and money.” That remark was interpreted as an indirect reference his firing of Cardinal Becciu.

The day after he was forced out, Becciu called an extraordinary news conference to defend himself. Seated in front of a large silver crucifix in a religious institute near St. Peter’s Square, Becciu insisted the money he directed to his brother’s organization was intended for charity.

Sounding outraged, he described what he called his surreal meeting with Francis. “He said he no longer trusted me because he had been told by Vatican magistrates that I had embezzled funds,” Becciu said.

Becciu denied wrongdoing and said he believes Francis was misinformed. He said he was still ready to give his life for the pontiff. 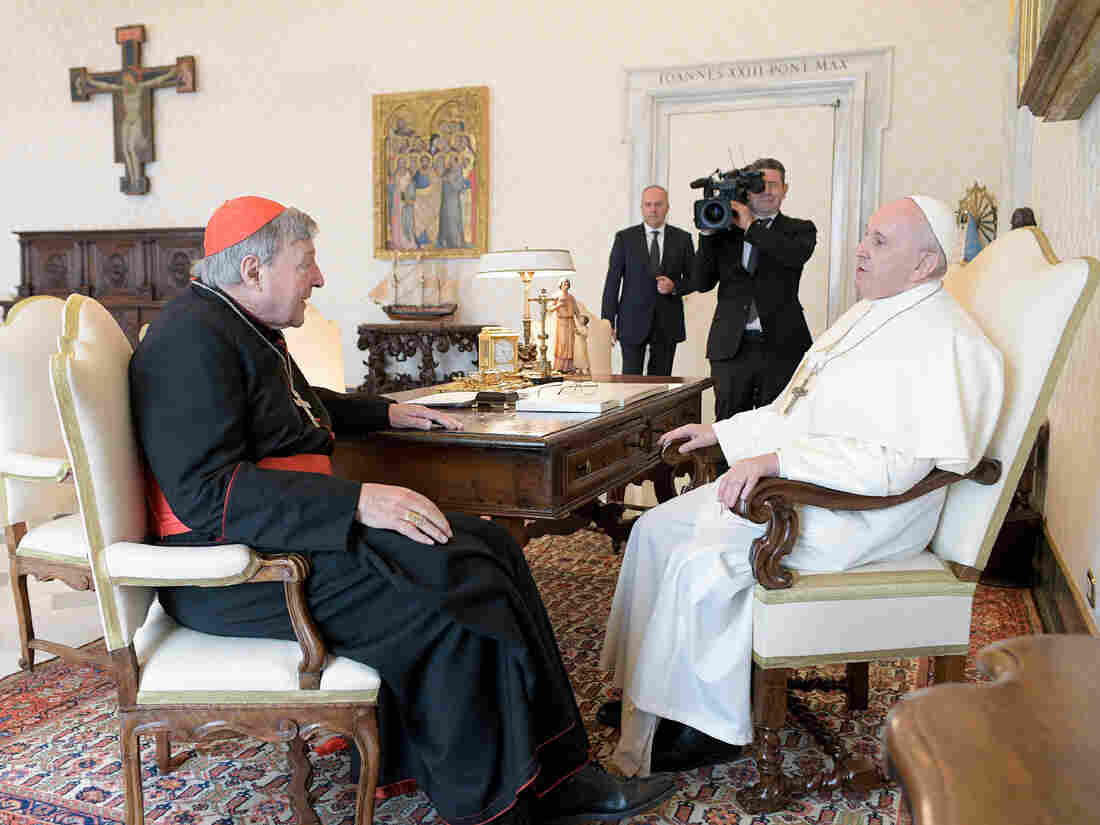 Pope Francis (right) sits at a table with Cardinal George Pell at the Vatican, on Monday. The pope warmly welcomed the cardinal for a private audience in the Apostolic Palace after the cardinal’s sex abuse conviction and acquittal in Australia. Vatican News via AP hide caption 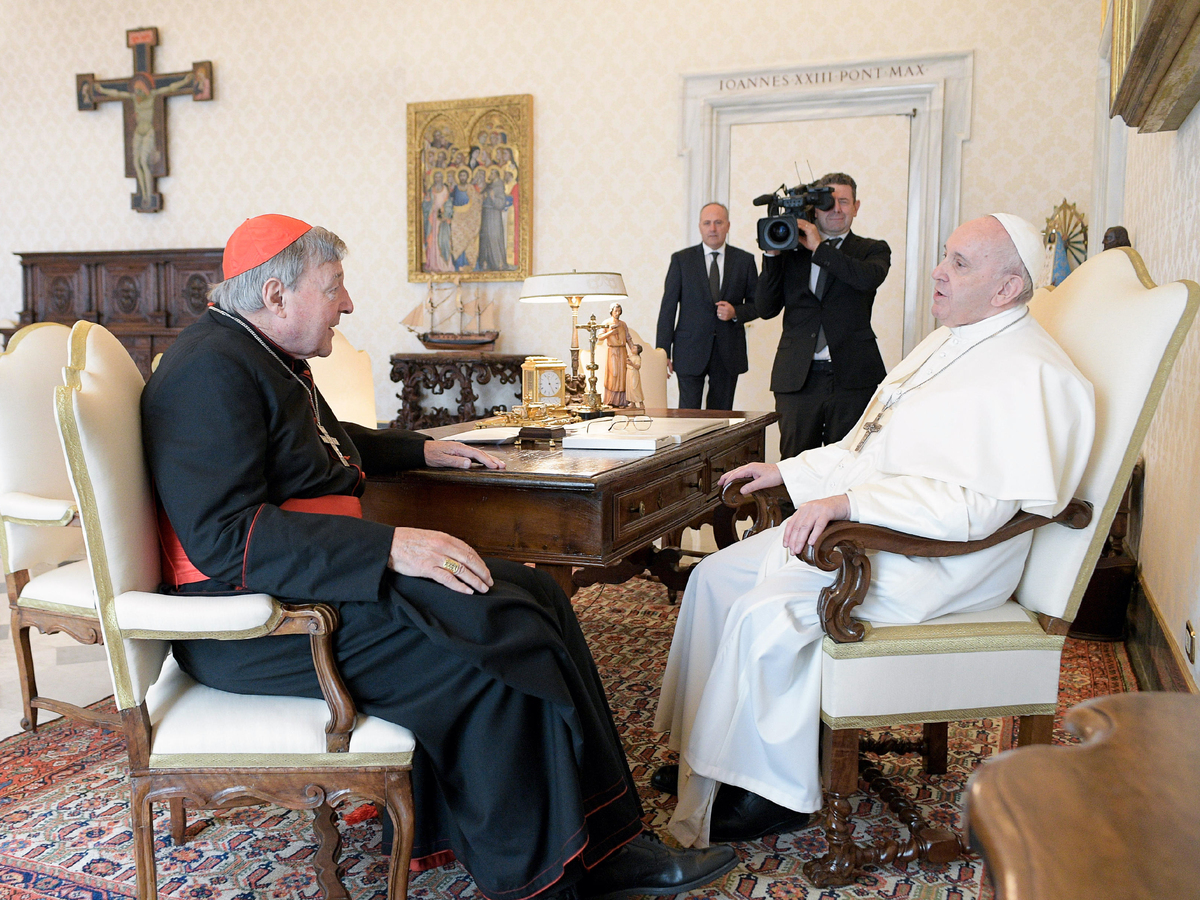 Pope Francis (right) sits at a table with Cardinal George Pell at the Vatican, on Monday. The pope warmly welcomed the cardinal for a private audience in the Apostolic Palace after the cardinal’s sex abuse conviction and acquittal in Australia.

On Oct. 7, Becciu’s lawyer listed several other accusations against the cardinal that he called “absolutely false.” They include the allegation that the cardinal invested large sums — perhaps including Vatican funds — in speculative hedge funds.

What makes this scandal particularly ugly is Becciu’s public confrontation with his longtime nemesis — another formerly powerful cardinal — George Pell. After Becciu’s dismissal, Pell issued a statement saying the pope “is to be thanked and congratulated on recent developments.”

Pell is no stranger to controversy. In 2014, Pope Francis put him in charge of cleaning up Vatican finances. After a few months as the Vatican’s first minister of the economy, he said he had found “hundreds of millions of euros tucked away in particular sectional accounts [that] did not appear on the balance sheet” of the Vatican. He flagged nepotism and ordered an external audit of all Vatican departments, but Becciu blocked it.

In 2017, Pell’s own legal problems began — he was charged with committing sex abuse against minors in his native Australia decades earlier. He returned home, went on trial and was convicted, becoming the highest-ranking Catholic Church official found guilty of child sex abuse.

Pell served a year in prison until Australia’s High Court overturned his conviction in April.

At Becciu’s recent news conference, he recalled clashing with Pell, in the presence of Pope Francis. “Suddenly, Pell accused me of dishonesty,” Becciu said. “I lost my temper, and yelled at him, ‘How dare you say that to me!'”

Italian media are now rife with allegations that Becciu wired money to Australian bank accounts, as payment for testimony against Pell. Becciu categorically denies this.

Following his release from jail in April, Pell was asked by an interviewer whether he thought the allegations against him were linked to his corruption fight in the Vatican.

“I don’t have any evidence of that,” he said. “Most of the senior people in Rome who are in any way sympathetic to financial reform believe that they are.” Asked what motivated his accuser, Pell replied, “I wonder whether he was used.”

The Australian man who accused Pell of sexually abusing him has denied allegations he may have been bribed to testify.

Cardinal Pell returned to Rome on Oct. 1 for what was said to be a long-planned visit to clean out his apartment but which one commentator described as “the equivalent of a victory lap around the Colosseum.”

On Tuesday, Pell met in a private audience with Pope Francis.

“The great success of this papacy was bringing the outsider voice, the outsider eye, these great exhortations for the church to get beyond itself, to go out onto the streets … to be the church of the field hospital tending to people’s wounds,” McElwee says.

Near St. Peter’s Basilica, a Roman graffiti artist once depicted Francis as airborne, his right fist clenched, his pectoral cross fluttering in the breeze — a white-caped crusader in constant struggle with the Vatican’s deeply entrenched culture of secrecy.