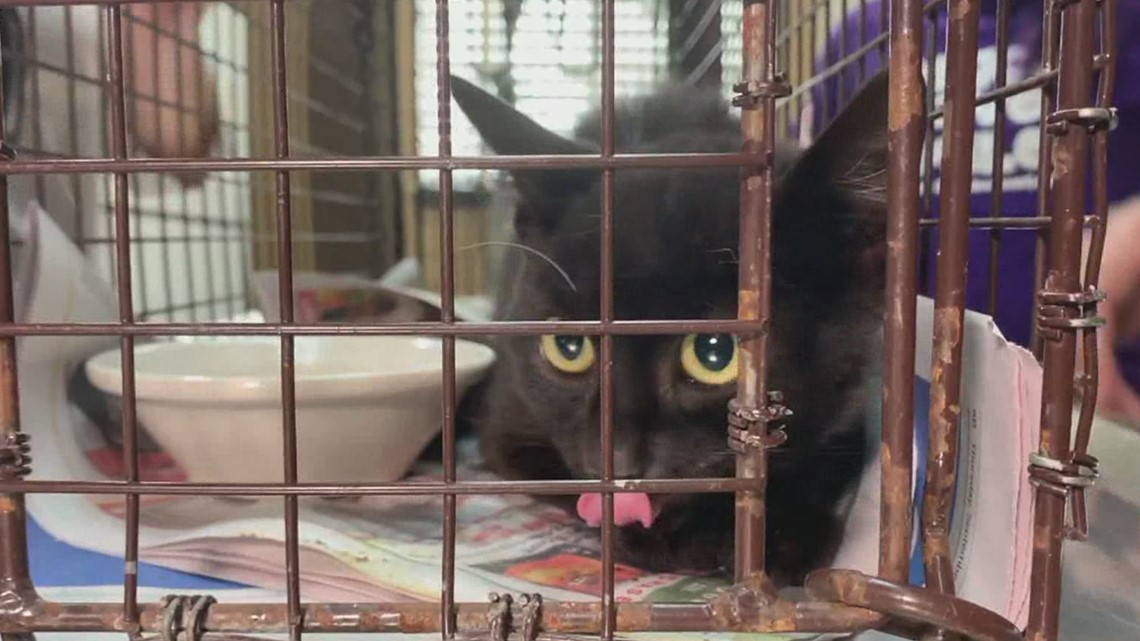 A veterinarian is offering a reward for information about what happened to the kitten.

PITTSTON, Pa. — Eight-week-old Bean is a stray kitten and a little shy, but with good reason. According to Dr. Inayat Kathio at Pittston Animal Hospital, he’s been through a lot over the last few days.

“The injuries were sustained, he’d been shot,” explained Dr. Kathio. “The pelvis had been broken, and the intestine came out through the rectum, it was painful. The little kitten was in very much pain.”

Dr. Kathio showed Newswatch 16 an x-ray that shows a bullet fragment and the broken pelvis. The doctor says Bean had been in pain for a while. It took rescuers from Happy Hearts and Tails two days to trap him after someone reported seeing him in that condition.

“All the time his intestines were hanging out, it was really painful,” added Dr. Kathio.

Bean is a little shy when it comes to humans, but Dr. Kathio at Pittston Animal Hospital and Happy Hearts & Tails Animal Rescue say he has good reason to be. They believe the kitten was shot last week in Plymouth. Learn more about his recovery and a reward for info @WNEP at 7pm pic.twitter.com/f1feGVlKYq

Bean was eventually caught on Eno Street in Plymouth and then brought to Dr. Kathio for surgery.

“Surgery took a couple of hours, I was here until 5:30, 6 o’clock in the morning, and I started the surgery at 12:30 a.m.,” explained Dr. Kathio. “Next for him, somebody has to adopt him. He has stitches in him. The stitches come out maybe in a few days, and then somebody could adopt him, and they can contact Happy Hearts and Tails.”

Now Dr. Kathio would like to offer a $1,000 reward for information leading to an arrest for what happened, as justice for the kitten.

“I’m offering the reward to get the person that shot the poor cat. I have done this successfully in the past; I hope to get it done this time, too,” he said.

Anyone with information about what happened to Bean the Kitten is asked to contact Dr. Kathio in Pittston at 570-655-2412.