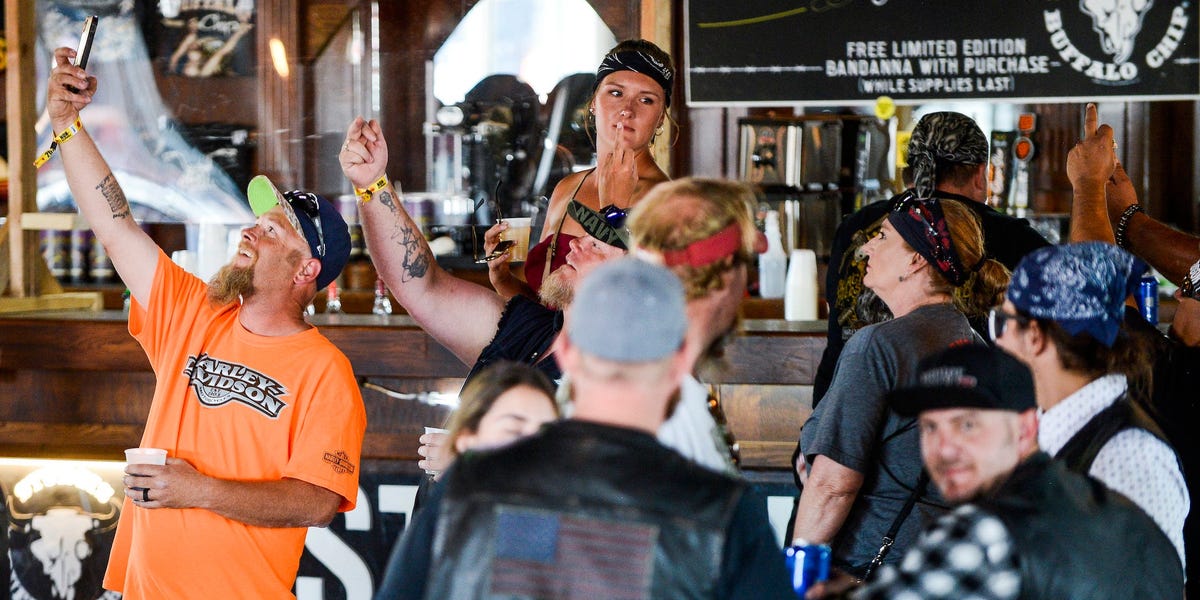 On the heels of a new study tying the Sturgis Motorcycle Rally to more than 260,000 COVID-19 cases — amounting to 19% of total cases in the US last month — South Dakota Gov. Kristi Noem took to Fox News to dismiss the data.

Noem, a Republican in her first term who did not mandate masks at the rally of around 360,000 bikers in her state from August 7 to 16, quipped that the research from San Diego State University’s Center for Health Economics & Policy Studies amounted to nothing more than “back-of-the-napkin math.”

“What they did is, they took a snapshot in time, and they did a lot of speculation, did some back-of-the-napkin math, made up some numbers and published them.”

Noem, a former South Dakota Snow Queen champion and a staunch ally of President Trump, tried to discredit the research because it came from a social science program and not a medical one.

Researchers used cell phone location data and modeled how the virus spread in certain counties where the bikers went upon leaving the Mount Rushmore State.

However, Noem did not offer any empirical evidence to refute the study, which has yet to undergo peer review.

Noem also blamed “the media” for painting her as “the governor that made all the wrong decisions by letting my people have freedom.”

The most notable COVID-19 outbreak in South Dakota prior to the Sturgis rally was at a meatpacking plant in Sioux Falls, where Noem similarly decried health experts and the media for criticizing her laissez faire approach to the pandemic.

Noem’s profile has risen significantly in 2020, with the governor hosting Trump at his Mount Rushmore Rally and landing a speaking slot at the GOP convention.

Noem is also featured in a tourism ad for South Dakota as a place to “safely explore” that “makes America great” airing frequently on Fox News.