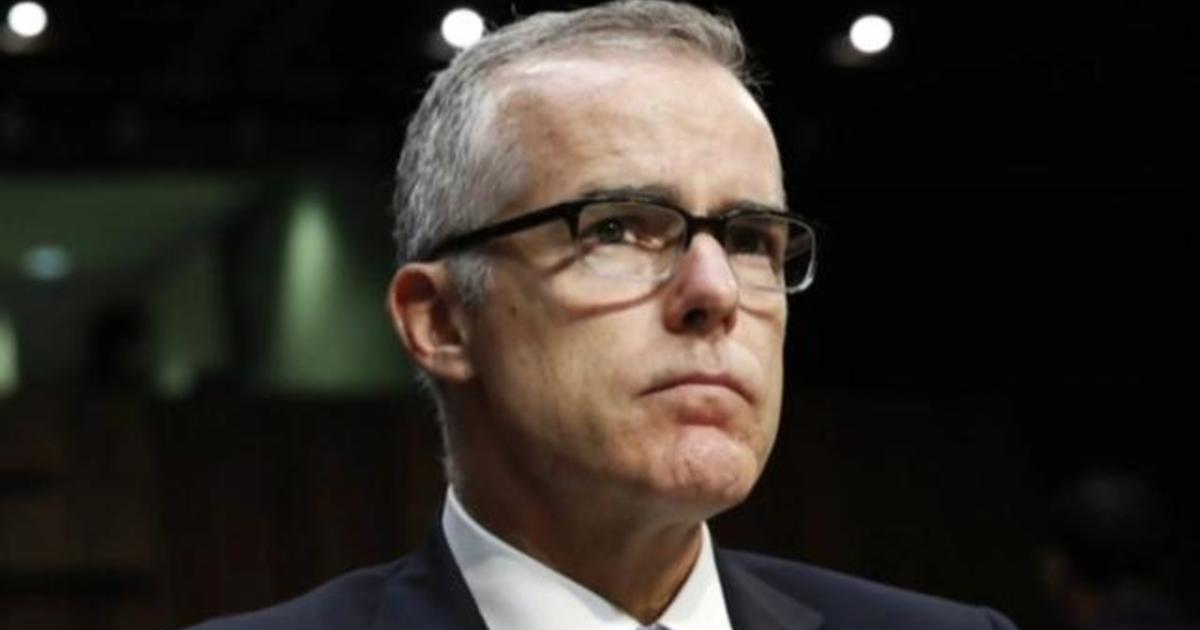 Former Acting FBI Director Andrew McCabe is testifying in front of the Senate Judiciary Committee on Tuesday about the Russia probe. He is expected to defend the decision to open the Russia investigation, according to a copy of his opening statement.

Senator Lindsey Graham, who is presiding over the hearing, has said the focus will be on who at the FBI and Department of Justice mislead the surveillance court in 2016 and 2017 over warrants for former Trump national security aide Carter Page, CBS News senior investigative correspondent Catherine Herridge reported earlier this month. The FBI obtained a warrant in 2016 to eavesdrop on Page on suspicions that he was secretly a Russian agent. McCabe has previously defended the FBI’s handling of the early steps of the Russia investigation, including the warrant.

The Justice Department renewed the Page warrant three times, including during the early months of the Trump administration. The DOJ concluded in January that it should have ended its surveillance earlier because it lacked “insufficient predication” to continue eavesdropping.

Graham said the committee will also probe whether McCabe knew the source for the Steele “dossier” was discredited, but still used the Democrat-funded opposition research to secure the initial warrant and three renewals, Herridge reported.

McCabe has denied having ever told Congress that the warrant would not have been sought without information from the dossier. He called that claim a “fundamental misrepresentation” of what he had said privately to the committee. Graham said, based on what is public, and what he knows privately, he “doesn’t see how” federal prosecutor John Durham, who is leading the DOJ’s investigation, could not indict.

McCabe authorized the FBI investigation into President Trump’s ties to Russia after the president fired former FBI Director James Comey, making him a recurring target of Mr. Trump and his allies. He himself was fired in March 2018 and has claimed in a lawsuit that his ouster was in “retaliation” for opening the investigation.

In his opening statement, McCabe is expected to warn lawmakers that the “calm of the 2020 election” does not mean Russian interference is no longer a threat to American democracy.

“The Russians were successful beyond their wildest imagination in accomplishing their goals in 2016,” his statement says. “Their successes serve as encouragement to other hostile nations intent on undermining our security, safety and stability. Simply put, the Russians, and others, will be back.”