“We are not ending Sars, most of the Nigerian youths protesting #endsars are armed robbers” – Kemi Olunloyo

Popular journalist, Kemi Olunloyo has kicked against the ongoing #endsars protest, saying Sars will only be reformed.

The controversial journalist, while speaking about the ongoing protest, stated that most of the Nigerian youths protesting against SARS are armed robbers. 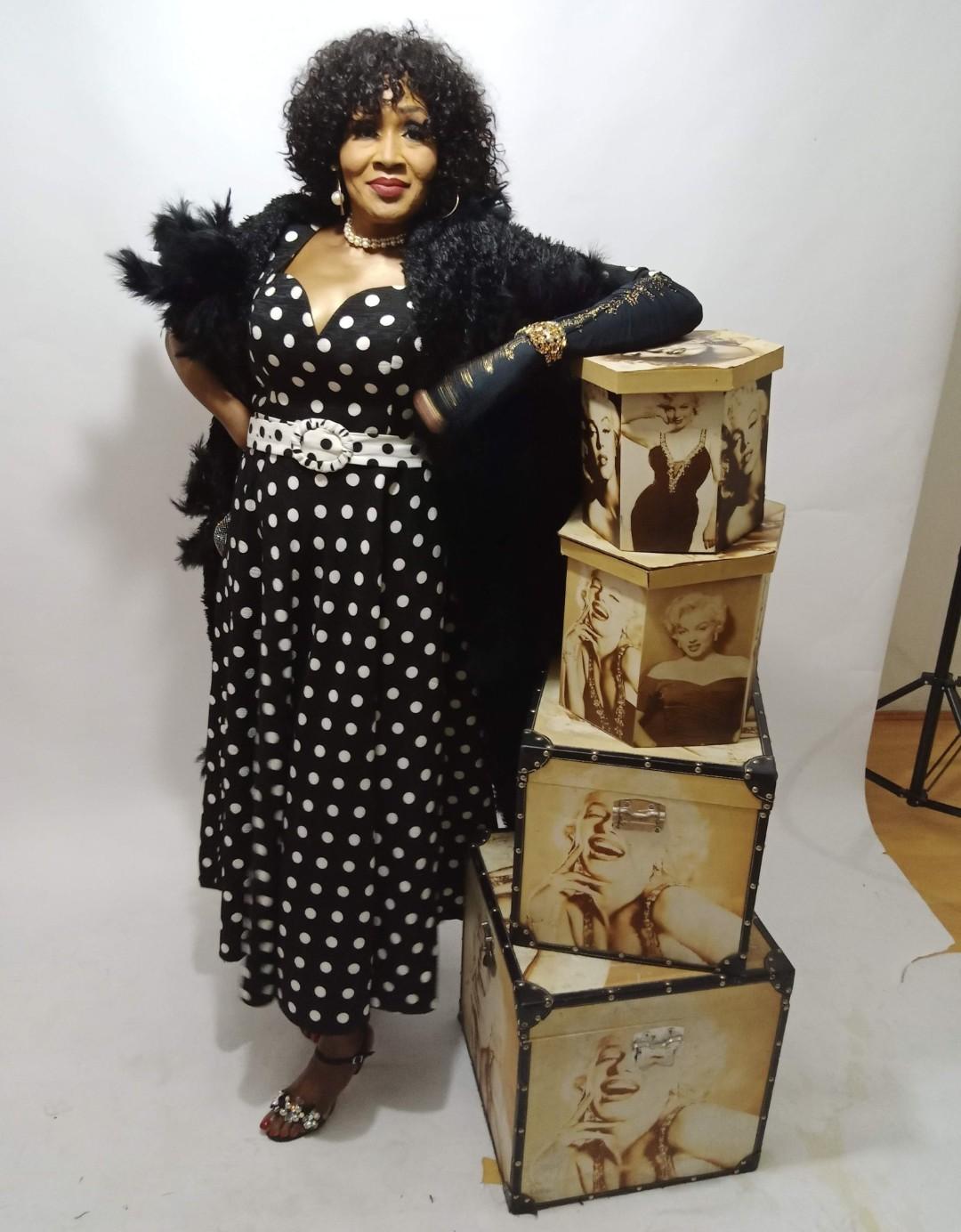 She said they have all stolen something or done something else which is against the law. She further said SARS is not coming to an end soon, rather, it will be reformed.

“Most of the Nigerian youth protesting #endsars are armed robbers themselves. They have stolen something in their youth or done something illegal. Senate President Lawan is not buying the idea. We are not ending SARS, we are reforming it.” 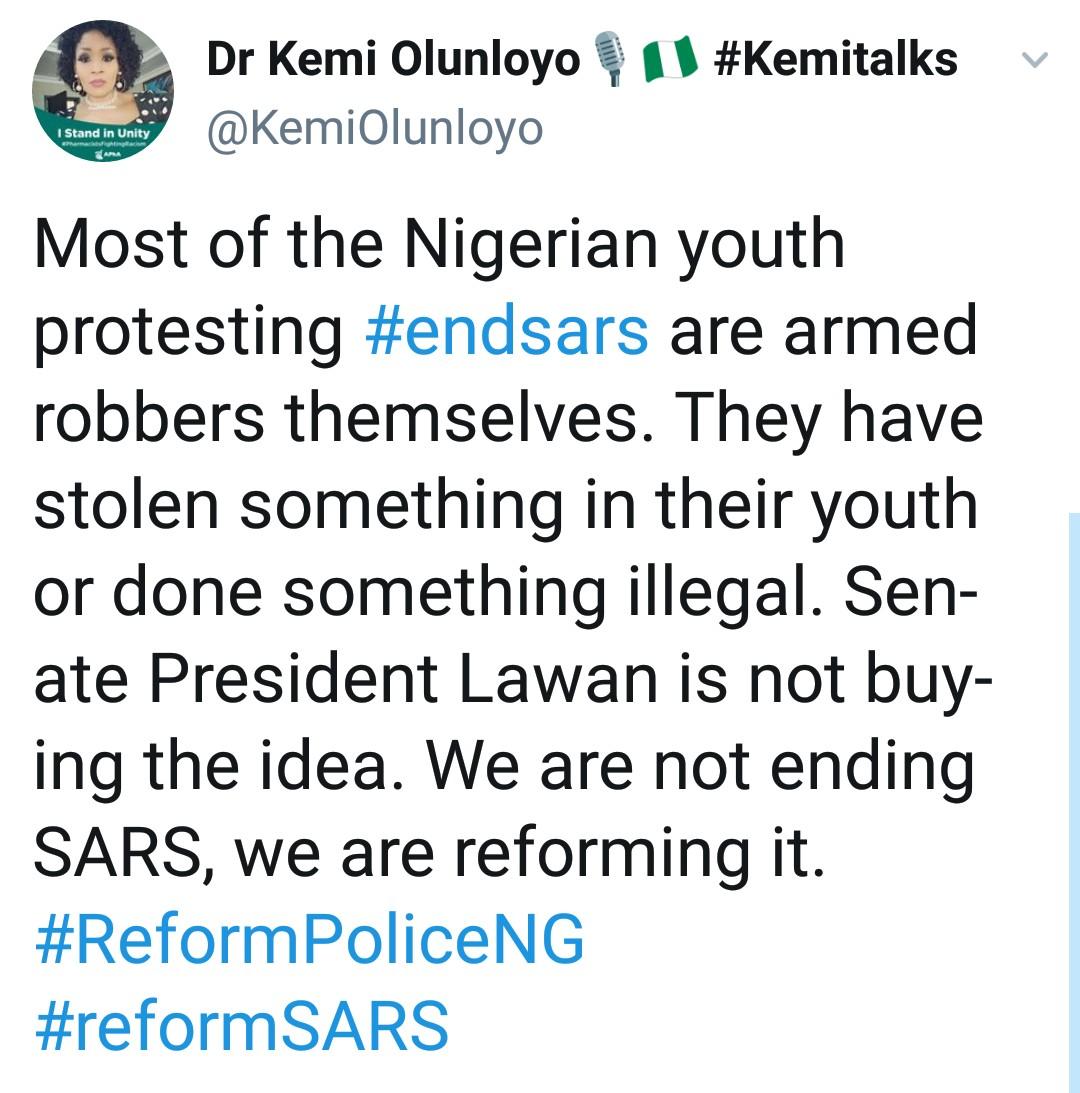