Nigerian singer, Mr Eazi has won the Latin Grammy 2020 award alongside J Balvin, for their collaboration on the track “Arcoiris” off J Balvin’s 2020 album “Colores” album. 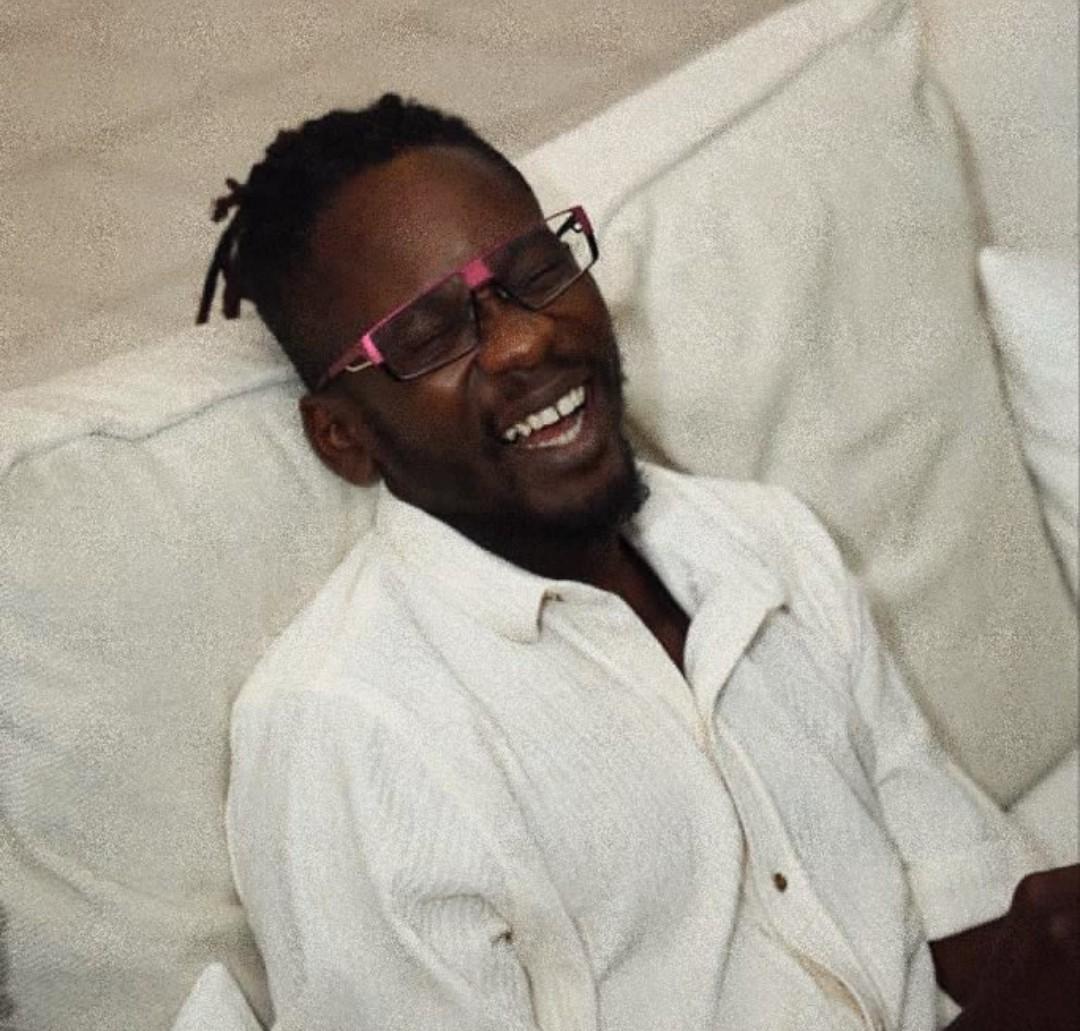 His win makes him the first Nigerian artiste to win the prestigious award.

We won a Grammy!! I got so in Love with the Latino/Urbano scene I recorded, toured, learned & made magic with some of the most beautiful souls!! @MichaelBrun @JBALVIN, @skyrompiendo & the entire Latino Gang!!! ❤️” 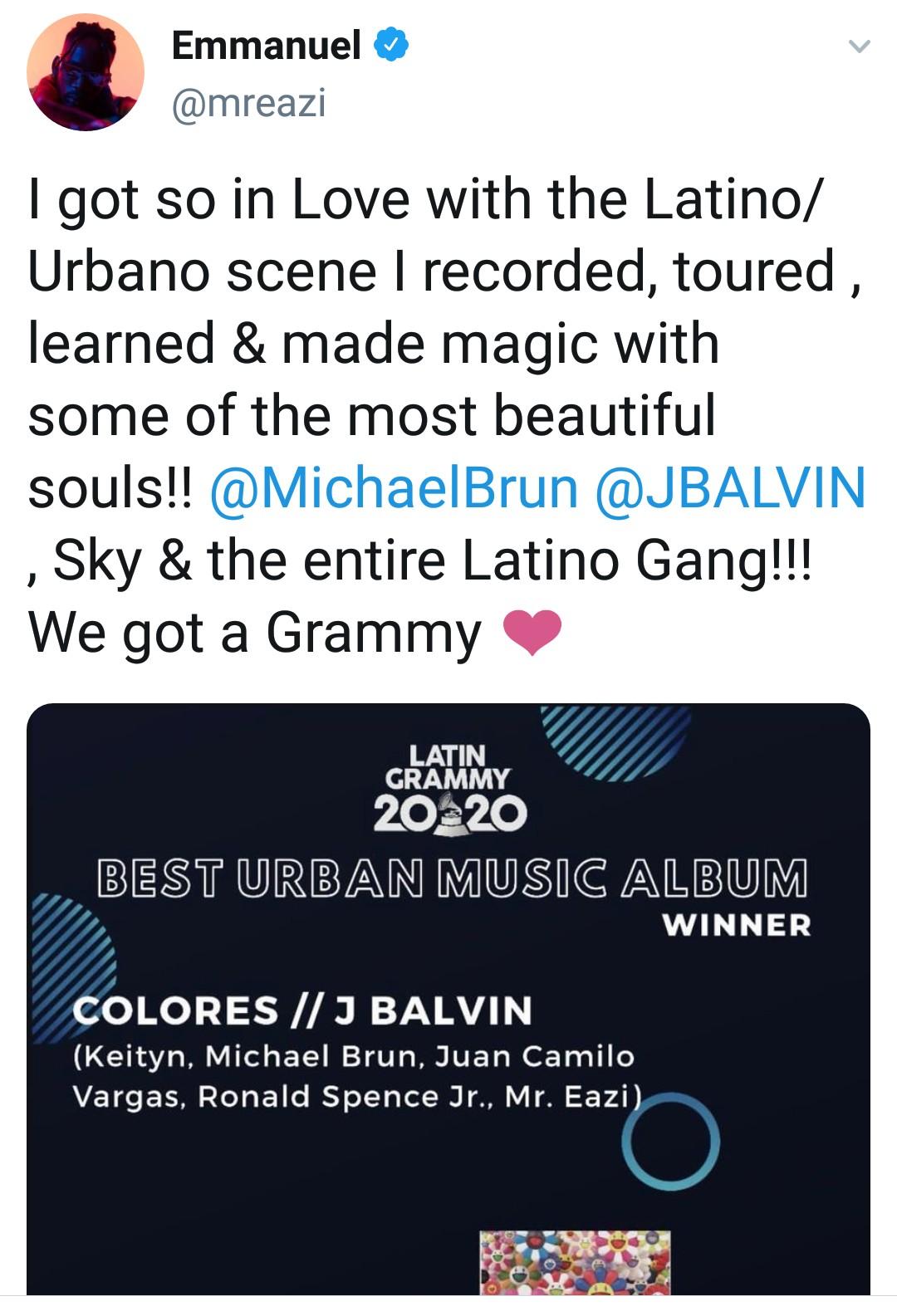 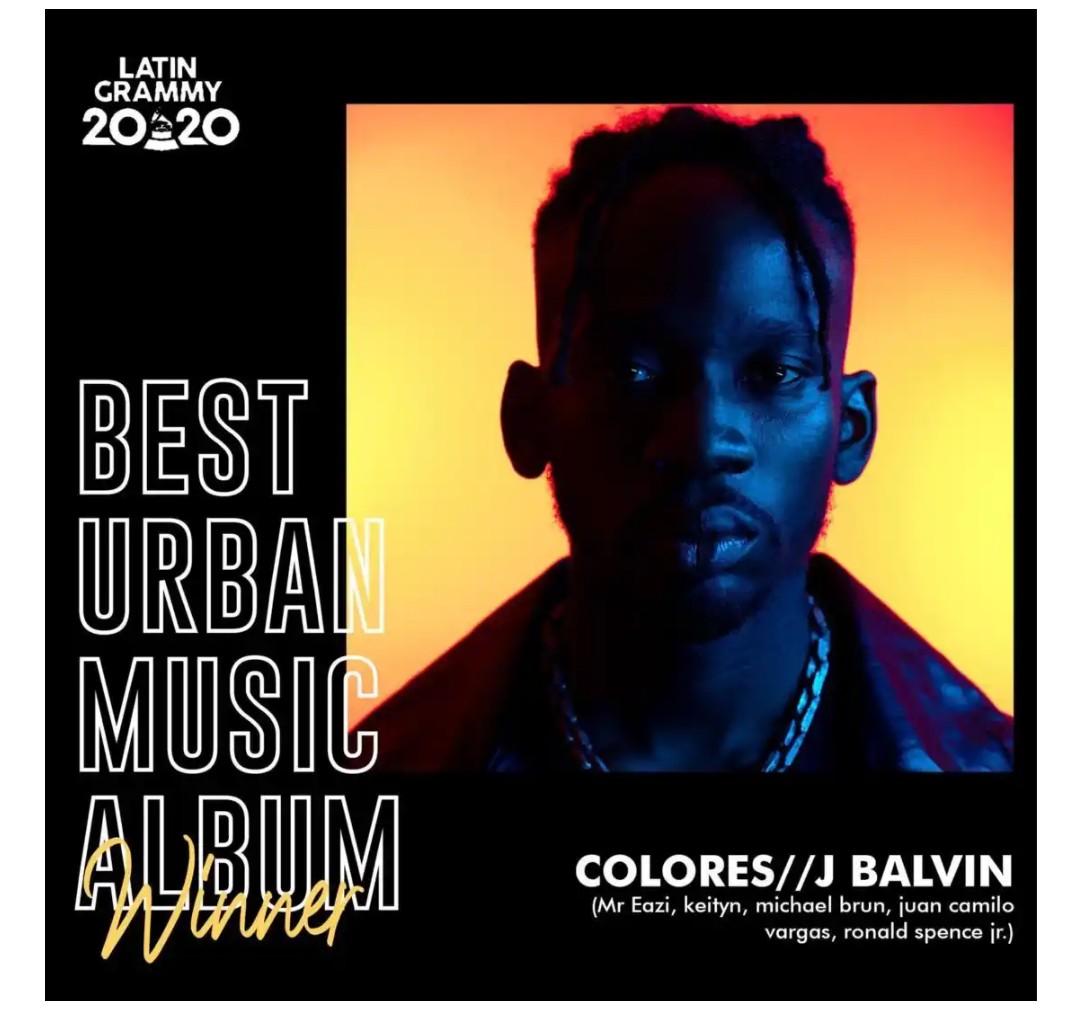