Joe Biden discussed transgender rights and said that transgender children should face “zero discrimination” at a town hall event on Thursday, at the National Constitution Center in Philadelphia.

Mother of two Mieke Haeck, who said that her eight-year-old daughter is transgender, questioned Biden on what he would do as president to protect transgender lives. Haeck mentioned Trump’s discriminatory policies, including the military ban on transgender people and his weakening of non-discrimination protections, and asked Biden how he would remedy these policies.

Biden first said that he would “flat-out just change the law. Eliminate those executive orders, number one.”

The presidential candidate then told a story of how he encountered LGBTQ+ people as a young person and how he was taught by his father that it was okay.

He said: “You may recall, I’m the guy who said I was raised by a man who, I remember, I was being dropped off, my dad was a high school educated, well-read man who was a really decent guy and I was being dropped off to get an application in the center of our city, Wilmington, Delaware, the corporate capital of the world at the time.

“These two men—I’m getting out to get an application to be a lifeguard in the African-American community because there was a big swimming pool complex—and these two men, well-dressed, leaned up and hugged one another and kissed one another. I turned to my dad, my dad looked at me, he said, ‘Joey, it’s simple. They love each other.'”

Biden then told Haeck: “The idea that an eight-year-old, a 10-year-old, decides, you know, I decide I want to be transgender. That’s what I think I’d like to be, it would make my life a lot easier—there should be zero discrimination.”

Although being transgender is not a choice and Biden’s language around “deciding” to be transgender may be a little clumsy, he made clear that he believes that transgender children should not face discrimination.

The Human Rights Campaign reported that 33 transgender or gender non-conforming people have been fatally shot or violently killed in 2020, and the majority of which were Black and Latinx transgender women.

Biden later affirmed his view on protecting LGBTQ+ people on Twitter and said: “How will I ensure the rights of LGBTQ+ people are protected under U.S. law? I’ll change the law.” 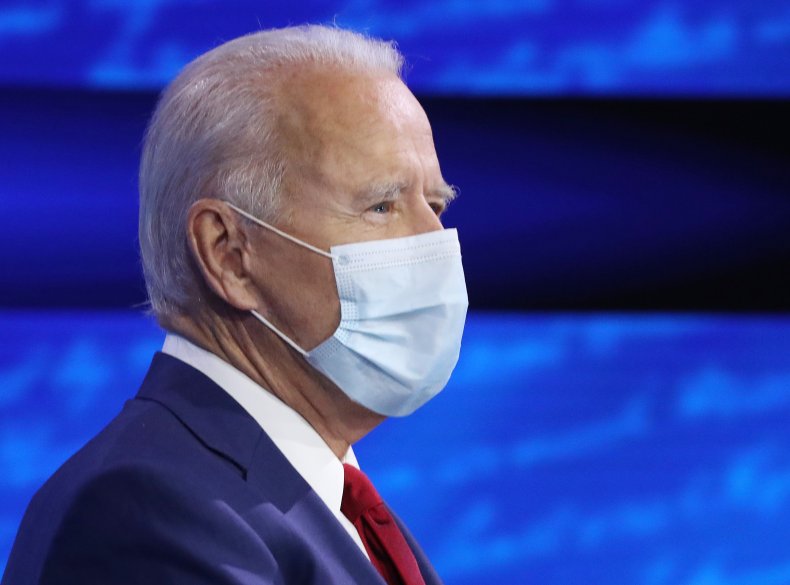