What the Latest Polls Say About Joe Biden vs. Donald Trump in the 2020 Election – Newsweek

According to a new Quinnipiac University poll, 50 percent of voters said they would vote for Biden if the election were today, while 39 percent favored Trump. The former vice president’s 11-point lead over Trump is an increase from a previous Quinnipiac poll, published April 8, that showed Biden with a 49 percent to 41 percent lead over Trump.

“What does the 11-point Biden lead tell us? At best for Team Trump, it says voter confidence in President Trump is shaky. At worst for them, as coronavirus cases rise, Trump’s judgement is questioned—and November looms,” Quinnipiac University polling analyst Tim Malloy said in a statement. The poll surveyed 1,323 registered voters from May 14 to 18 and had a margin of error of plus or minus 2.7 percentage points.

In another recent poll, conducted by CNBC/Change Research, Biden has a slightly smaller advantage over the president. This poll surveyed 1,424 likely voters from May 15 to 17 and found Biden receiving 48 percent, while 45 percent went for Trump. The poll has a margin of error of plus or minus 2.5 percentage points. 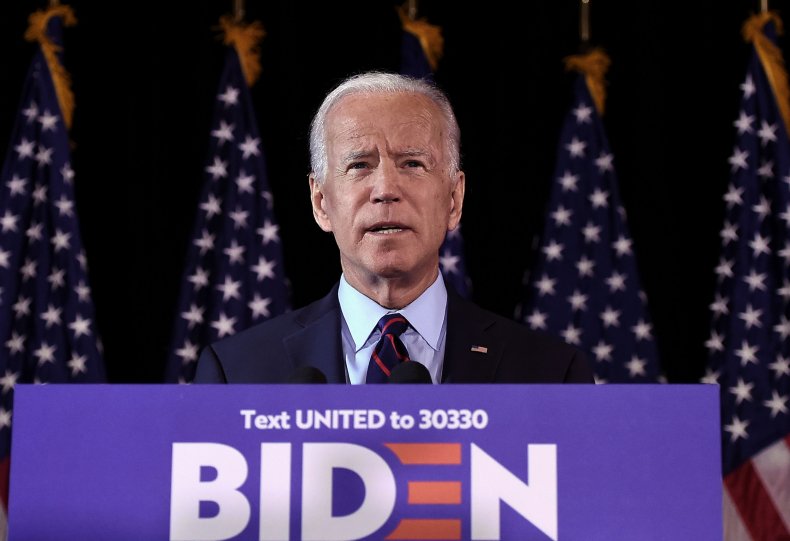 Joe Biden makes a statement on Ukraine during a press conference in Wilmington, Delaware, on September 24, 2019. Recent polls put him ahead of President Donald Trump in the upcoming election. Olivier Douliery/Getty

The Economist/YouGov also conducted a poll from May 17 to 19 and found Biden with a 5-point lead over Trump, as the former vice president received 47 percent and Trump 42 percent. This poll surveyed 1,500 U.S. adults and has a margin of error of plus or minus 3.1 percentage points.

Both the Quinnipiac poll and the CNBC/Change Research survey showed Biden ahead of Trump in terms of who Americans think would better handle the coronavirus outbreak. According to the Quinnipiac poll, 55 percent of registered voters said Biden would better handle the outbreak, while 39 percent favored Trump. In the CNBC/Change Research poll, 50 percent said Biden, compared with 43 percent for Trump.

Despite Biden’s lead over Trump nationally, another poll conducted by CNBC/Change Research, shows the president with a slim lead over Biden in a number of key battleground states. It surveyed 5,408 likely voters in Arizona, Florida, Michigan, North Carolina, Wisconsin and Pennsylvania and found Trump had a 48-46 percent lead over Biden.