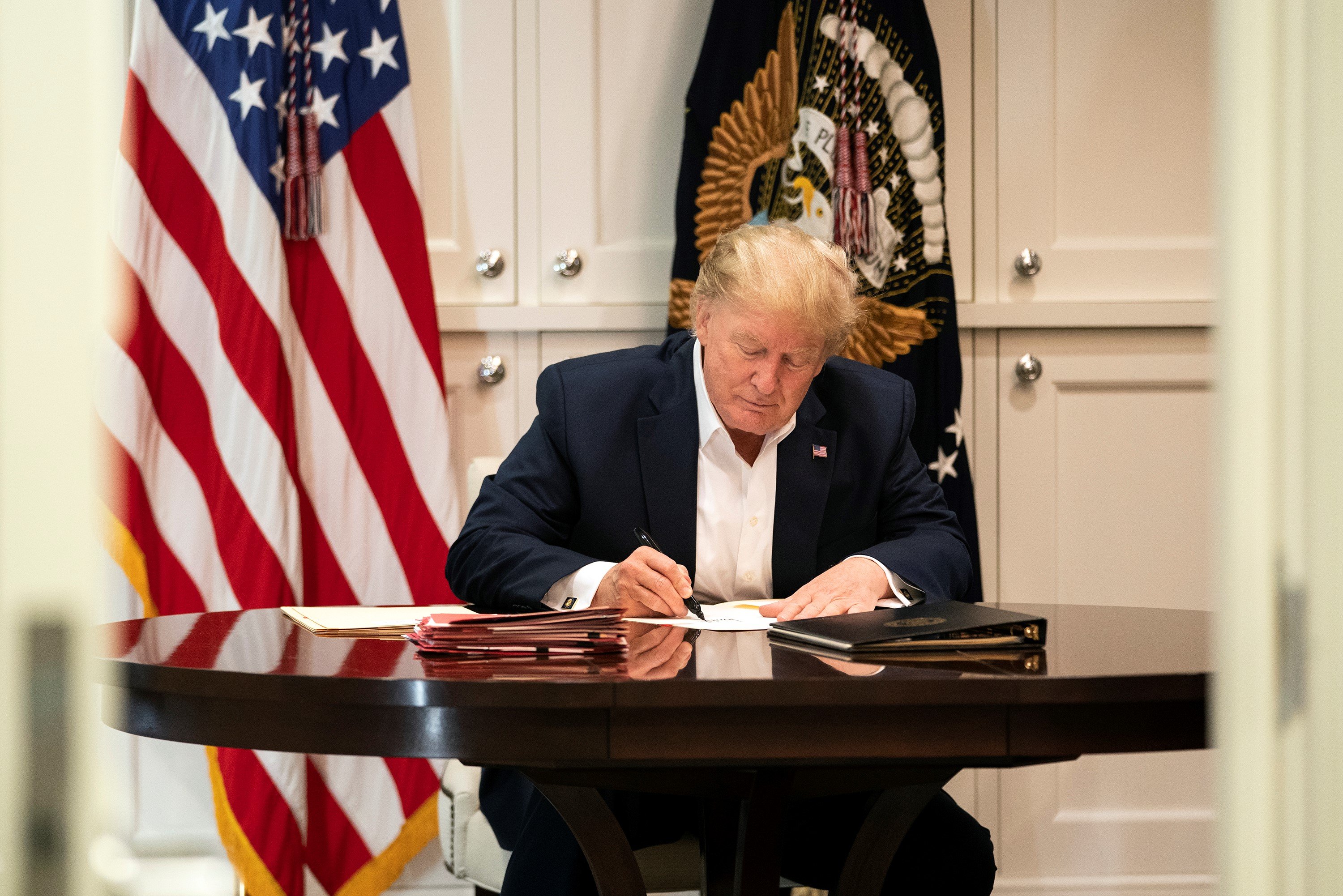 White House press secretary Kayleigh McEnany tweeted another memo from the President’s physician, Dr. Sean Conley, who states President Trump, “continues to do well, having made substantial progress since diagnosis.”

In the memo, Conley says Trump completed his second dose of remdesivir Saturday and “remains fever-free and off supplemental oxygen.”

He goes on to say that Trump spent most of the day conducting business and “while not yet out of the woods, the team remains cautiously optimistic.”

Doctors treating the President for Covid-19 created confusion earlier Saturday with remarks during a briefing that appeared to shift the timeline of Trump’s positive coronavirus test and treatment. Conley released a statement afterward to try to clarify the comments.

The President’s doctors’ upbeat assessment of his condition, stating that he was feeling well and had been “fever-free,” were contradicted moments after when a source familiar with the President’s health told reporters the next 48 hours will be critical in determining how he fares. That source was identified by the New York Times and the Associated Press as White House chief of staff Mark Meadows.