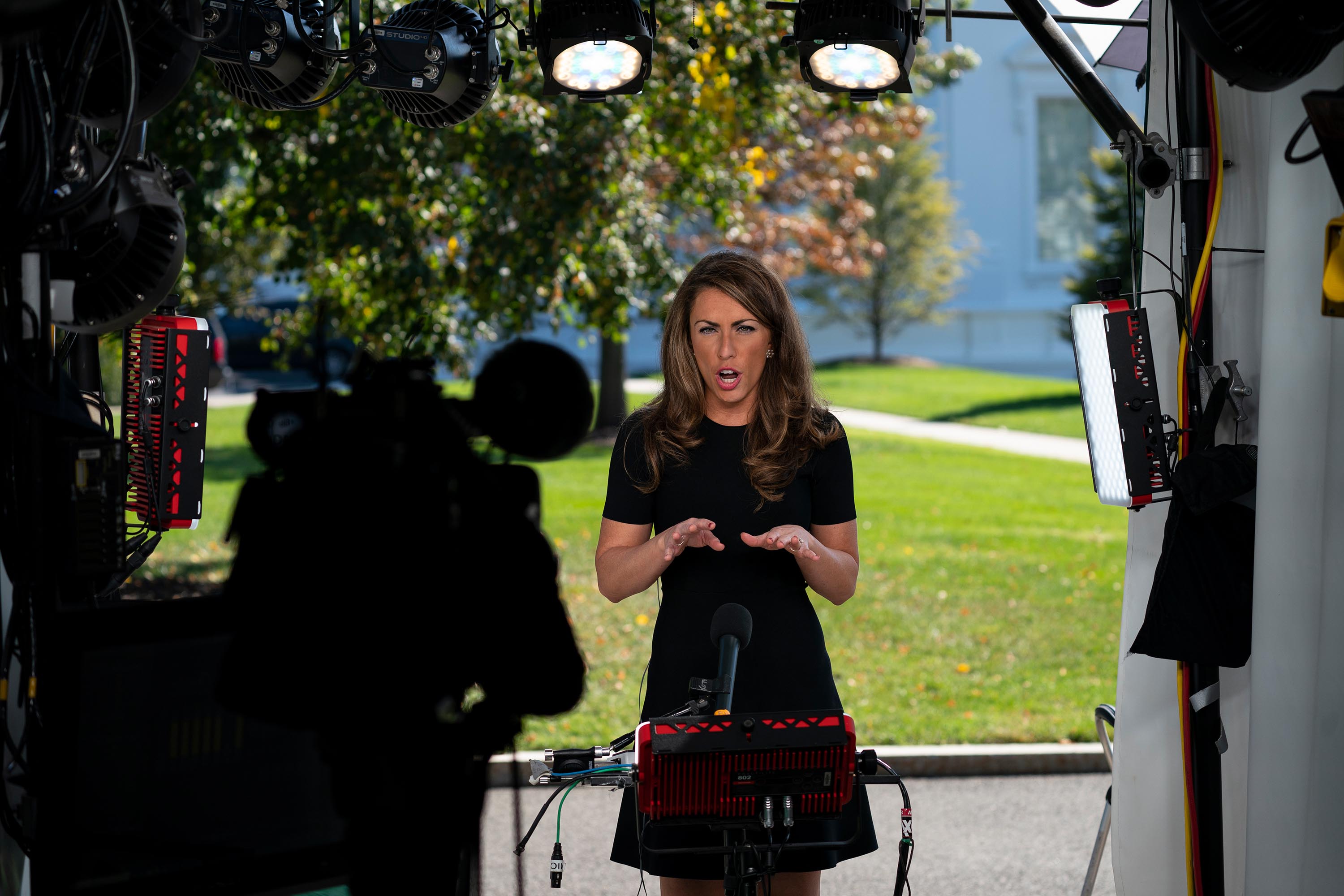 Farah defended the President’s photo opportunity and the photographer near him on the Truman Balcony Monday evening, which, she claimed, projected strength to foreign allies and adversaries.

“In these moments in our country, it’s highly important that the commander in chief expressed confidence to our domestic population, but it’s also very important to our allies and adversaries who are watching closely to see, is he projecting an image of strength? And that is exactly what he did last night. Precautions were taken. His mask was not taken off until he was distance from others,” she said, adding that the photographer on the balcony was just a “brief interaction.”

Farah said Trump is “looking forward” to the Oct. 15 presidential debate and will come to it as a “survivor.”

“He’s ready and I think he’s gonna go in with an even new mindset on the coronavirus. He’s firsthand, you know, lost friends to this, he has grieved with Americans, but now he himself is coming as a survivor, and I think you’re going to hear that in his debate,” she said.

Trump’s video message, she suggested, “While taking the safe mitigation practices that we’ve known since the outset of this virus, Americans need to get back to ordinary life.”

Those comments, again, fly in the face of what has been practiced publicly at the White House.

Farah claimed that the White House “always” takes public health precautions, despite consistently holding events with no social distancing and actively eschewing masks, but suggested “even more” precautions will be taken as the West Wing grapples with the President and first lady’s diagnosis and multiple staffers and others in the president’s orbit testing positive for a highly contagious, airborne virus that is likely to infect other close contacts.

Pressed again on the fact that the administration just has not taken basic mitigation practices, she said, “We feel comfortable working here, those of us who are still here. We’re taking precautions in the West Wing. It’s a serious time. We need to be washing our hands, we need to be wearing masks when we can’t socially distance,” she said.

Asked whether the pandemic would become a central part of Trump’s campaign messaging, she said it has been, and is “one of the most important things afflicting our country,” going on to reiterate Trump’s message not to be afraid of the virus, saying, “On this date you are the most likely to survive and get treatment for coronavirus in the US, than ever prior, because of this President’s leadership and how he’s prepared us to deal with it.”

As for the President’s condition, she said he was improving “dramatically and quickly,” despite the lack of transparency over the last few days, reiterating that he is “not out of the woods.”

Trump, she said, is “energetic” and senior staff are telling him to “slow down the pace.”