WAUWATOSA, Wis. — Witnesses and family members of witnesses of the shooting at Mayfair Mall Friday are talking about the tragedy they just experienced.

Eight people including one teen were shot by a suspect at Mayfair Mall Friday afternoon, and the suspect is still at large, police say. Wauwatosa Police Chief Barry Weber said during an evening press conference that seven adults were injured and one teen was injured.

One man learned that his uncle had been shot and his cousin was still trapped in the mall, as police searched for suspects. 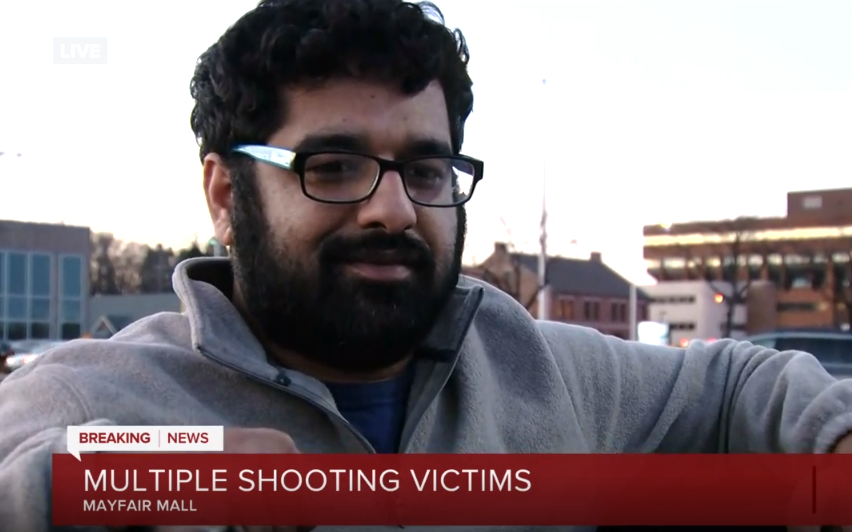 Another witness of the shooting.

“My concern for my uncle was the main thing, because I knew he got shot. But I didn’t know anything about my cousin at all. When I got here, the whole ride up here I was literally scared and nervous, I didn’t know what was going on exactly. Then I spoke to my cousin, he called back, he said, ‘I’m fine. Uncle got shot, got shot twice in the leg.'”

He said his strongest emotion was anger. “This is stupid. Why would people do this, just run into a crowd and start shooting for no reason? Doesn’t make any sense to me. I’m concerned about my cousin of course, but at the same time, I’m furious about this incident. Like why would you put people at risk, you’ve got kids, toddlers, little babies that don’t deserve this.”

Jill Wooley, a shopper who was at Mayfair Mall, recounted what happened to her.

“We’ve been exposed to the public shootings like this, so you, unfortunately, I think all of us, have thought about what would we do in that situation,” she said. “And fortunately that kicked in, and we made it to a safe place… right around the corner from where we were standing there was a stairwell, like an employee stairwell, and we just went straight down as far as we could go. I had my mom hide in the corner, and I looked around for where we could go next if we needed to.”

Bianca, who lives in Chicago and was visiting the mall for work, said that “I don’t know about the neighborhood or anything like that. I literally just know this place (the mall) and the hotel I am at.”

Chris Riley, the owner of a business at Mayfair Mall, said he heard upwards of 14 or 15 gunshots.

“Upon hearing the shots, I had my four-year-old in the store, I put her, I locked her in there. I made my way out of there. There was a crowd of people just running out. I tried to bring as many of them as I can, to bring them into my store for cover. And within the next 5 to 10 minutes there was police coming in,” he said. 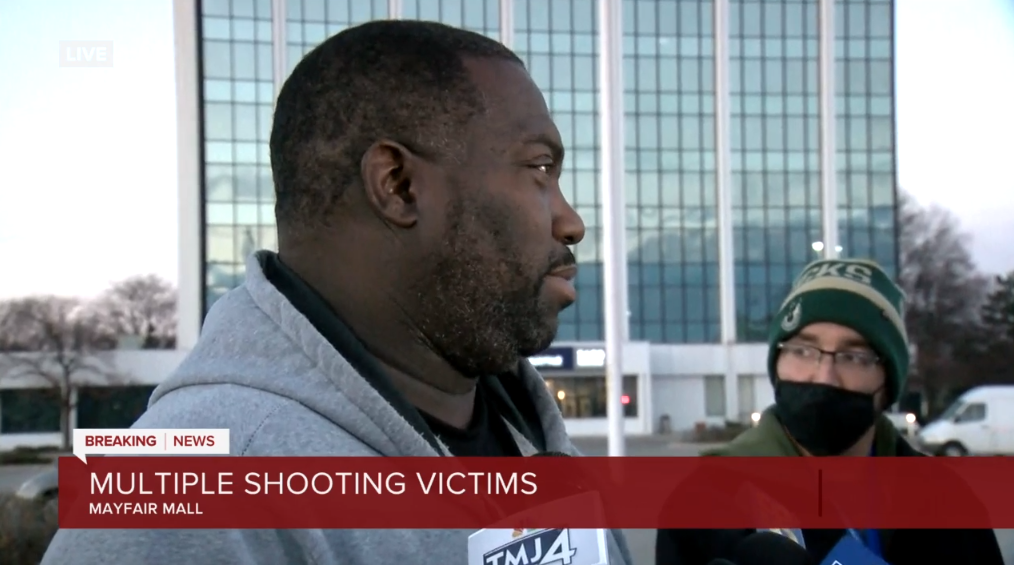 Man whose daughter was in the mall during the shooting.

A man whose daughter was in the mall at the time of the shooting shared his story: “A guy apparently walked into Macy’s and just started opening fire on people, and as he walked out into the mall area, he started shooting at everybody.”

He said he heard two shots when his daughter called him. He said he hoped his daughter was safe and hoped he could get to her. “As you hear those shots – that was real,” he said.

Steven Humphrie, a parent, said he drove as fast as he could to the mall to pick up a loved one.

“The sheriff stopped me on the way down here to the store, told me that I had to come back here and wait,” he said. “The officer, right here on this corner, I could hear on his walkie-talkie saying he’s not letting me, and I heard one of them yell to him, coming from the inside, saying ‘watch out.’ Then he turns his radio off, so I don’t know what’s going on inside the mall.”

Report a typo or error // Submit a news tip